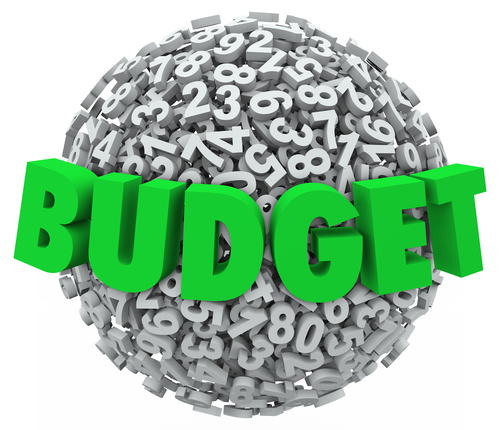 SUMMARY: Some will be able to pump an an extra $250,000 into super from the Coalition’s Budget. Can you benefit?

We’ve become conditioned in recent years that when superannuation comes up in a Budget, it ain’t gonna be good.

The bad streak had to end at some point. And I’m certainly not surprised that it came as part of a monster cash splash, weeks ahead of a government-in-trouble heading to the polls.

In a Budget where previously announced tax cuts were increased and some handouts doubled, Treasurer Josh Frydenberg announced three sweeteners to super contribution rules, which will potentially allow tens of thousands of Australians to get more money tucked into their retirement savings each year.

How much extra can you get into super under the Morrison Government’s budget plan?

Potentially an extra $250,000 (less a bit of contributions tax) from the main two.

Frydenberg announced Australians would be able to contribute to super for an extra two years, through until age 66. The restrictions that used to cut in at age 65 will become age 67, from 1 July 2020.

But it’s not a blanket opportunity to get an extra wad of money into super. Some of the usual restrictions will apply. See below.

What the government is aiming at with these new opportunities is quite interesting.

There are three changes they have announced. All of which, obviously, depend on politics – either the Morrison government being returned, or the proposals being supported by Labor and the parliament. (I’m not sure I would be betting on either.)

Essentially, the government is going to remove the “work test” rule that applies restrictions on anyone aged 65 or older trying to get money into super.

The work test involves a super member needing to work 40 hours in no more than a 30-day period, during a given financial year, in order to qualify to make certain voluntary contributions. Roughly, if you satisfy the work test, you are allowed to make voluntary contributions to super, both concessional and non-concessional, for that financial year.

So, if you’re 65-66 and are still earning a reasonable taxable income, then it might make sense to reduce your tax burden and contribute up to the concessional contribution (CC) limit to super.

The second change is that the spouse contribution age limit will be extended from 69 to 74.

The spouse contribution gives a tax offset to the contributor. If, for example, the wife makes a contribution of up to $3000 for her retired, non-working, or low-earning, husband earning less than $37,000 a year, the wife would be entitled to an 18% rebate, or up to $540 for a $3000 contribution.

The third is that the age restriction where the three-year pull-forward rules can be used to make extra non-concessional contributions (NCCs) would rise, under the Coalition, from 65 to 67.

Under the pull-forward rules, you can make NCCs using the current year, plus potentially the following two financial years, at the one time, using the limits of up to all three of those financial years.

However, the ability to do this ends when you turn 65. From 65 onwards, you can only make an NCC if you have passed the work test.

Those who are 65 or 66 looking to make further contributions to super will still face restrictions on making those contributions.

If you already have more than $1.6m as part of your Total Superannuation Balance (TSB) in super on 1 July of a financial year, you are not able to make non-concessional contributions. Case closed.

If you’re not working and earning a reasonable taxable income, then it probably won’t be worth making concessional contributions either.

Concessional contributions are taxed lightly – these are contributions coming from income sources that have not been taxed before and are taxed at 15% on the way into super.

However, this is still more than the 0% tax rate applied to those who earn less than $18,200 in taxable income during a financial year. So it rarely makes sense to make CCs, which will be taxed at 15%, if you wouldn’t be taxed at all if you took the money as income because you were earning less than $18,200 a year.

CCs include your Superannuation Guarantee Contributions (SGC) from your employer and salary sacrifice. And contributions made by the self-employed.

Since 1 July 2017, it also includes personal deductible contributions made by employees, who claim the tax back.

So, if you’re 66 and only had a taxable income of $15,000 for the financial year, then it’s not going to make sense to make concessional contributions either.

Depending on the size of the contribution you wish to make, it’s not going to make for a great tax saving for those between $18,200 and $37,000. But will begin to make more sense for those with taxable incomes of greater than $37,000.

The changes open up a stark difference between Labor and the Coalition, for those whose primary concern is their superannuation, at the coming election.

The Coalition’s proposal – and it can’t be considered anything more than that given how far behind in the polls they are – is more superannuation friendly, particularly for those who are approaching 65.

Labor, on the other hand, is proposing changes to “franking credits”, which would limit the return of franking credits, particularly to self-managed super funds.

For those who are really getting close to 65 now, who believe they might be able to make use of the Coalition’s proposals, there are headwinds to be aware of.

If you assumed for a moment that the proposals were likely to get through and you were 64, you have a serious choice/gamble to make.

If you followed the current rules, at age 64, you would use the pull-forward rules to put in $300,000 into super before turning 65. That is, pretty much, put the money in now. If you do so, you will have used up your pull-forward rule opportunities for FY19, FY20 and FY21.

However, if you believe Labor will win the election – and not adopt the Coalition’s policy – you would probably want to make sure you got the $300k into super immediately.

If you’re unsure … seek professional advice that covers off on your situation this financial year.