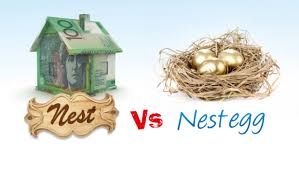 SUMMARY: Low interest rates make the strategy of topping up super instead of paying down the home loan a worthwhile consideration.

If you’re in your 50s, do you smash the home loan? Or contribute extra to super? Does one strategy beat the other, or is it really just “same same”?

On one side, paying off the home loan earlier would free up  cash flow to make extra super contributions. On the other, would it be better to build up extra super so I can pay down my mortgage in a lump sum?

The perceived wisdom seems to be to pay down the home loan first, then shovel money into super.

But under certain conditions – particularly low interest rates and reasonable investment returns and for those on particular incomes – you might be doing yourself out of some dough.

A strategy of salary sacrifice over mortgage repayments isn’t going to work for everyone. From an income perspective, there are some sweet spots where it works really well and can add a few thousand dollars a year to your kitty.

The basis for the potential benefits comes from a few different sources.

Each year that salary sacrifice is done, there’s an extra $3600 going into the super fund, earning and compounding over the years, rather than going to the tax office.

Secondly, that extra money is earning income that, most years, in a “balanced” fund, is probably earning more than the interest you’re paying on your home loan, even after tax.

Home loan interest rates, at the moment, are around 4%. Over the medium term, a balanced fund is likely to return around 6.5-7%. Some tax is paid on those earnings (versus none on the money you have saved in interest), but at super tax rates this is 10-15% and is still likely to put the super fund ahead.

Let’s combine both of these first two benefits into an example. Let’s take someone on a $105,000 income, with 9.5% Superannuation Guarantee being paid by the employer. They have room to put in up to $15,025 as salary sacrifice to stay under the $25,000 annual concessional contribution limit.

Thirdly, the compounding nature of both of these makes for potentially powerful returns over time. And if you’re part of a couple, potentially double so, if it makes sense for both of you to do it.

The example above shows a potential benefit of around $4000 a year. If a person started doing this at 55 and was ready to retire at 62 to draw on their super, they would have created an extra $30,000-$40,000 to pull out to pay down the mortgage, if they haven’t already.

Again, it’s even more powerful if both members of a couple are doing it.

It has also become much easier to do in the last two financial years, with the removal of the “10% rule”, which has allowed all employees to make tax-deductible contributions directly to their own super fund and not have to rely on salary sacrifice options being offered by their employer.

Does the strategy work for everyone?

If your taxable income is much below about $60,000, will you have the disposable income after your expenses to make considerable extra contributions?

On incomes below $37,000, you would only be swapping a marginal tax rate of around 21% (including Medicare) for the 15% super contributions tax, which will take most of the benefits away.

If you’re already making the sacrifice to put extra into super and are near your limits, then the benefits are limited for you.

And there are potential risks.

Investment returns in super turning negative is the largest risk.

If you’re salary sacrificing into super and investment markets have a horror year, then you might well have been better putting the money into super that year. But in my examples, I have used a 7% return, chosen to reflect a medium to long-term balanced fund average.

It’s almost somewhat silly to suggest that a risk is rising official interest rates, as the the RBA hasn’t moved them officially since August 2016. But this certainly works better as a strategy when interest rates are lower, as they are now.

The best combination, obviously, is low interest rates and higher returns from share and property markets.

And this is a strategy that works best for people in their 50s and within 10 years of retirement.

For those in their 40s, by putting money into super, you are losing access to the money for potentially 10-25 years and it might be better to have it in the redraw account for accessability. Life is usually more expensive for this cohort, because the mortgages are bigger and the kids are younger and hungrier for resources.

But those in their 50s are within reach of their super becoming available and the time benefit trade off is shorter.