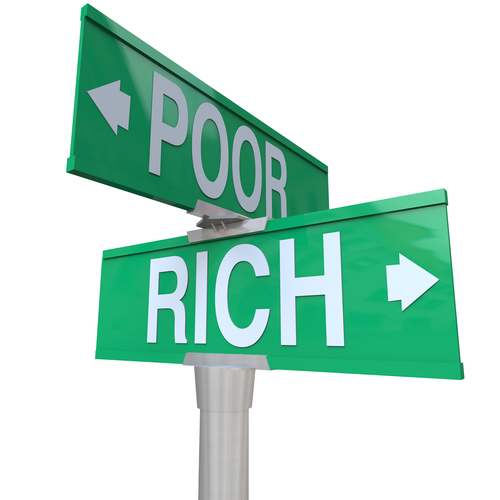 What’s just happened is no Harold Holt situation, but when you “lose” a prime minister, you tend to lose a few other things too.

One of them is a whole bunch of promises. Out the window go the old ones. The new guy wants a clean slate and a whole set of new promises to break. Or, being fair, which is today’s topic of conversation, to be held accountable to.

Loathe or love him, ex-PM Tony Abbott held true to his “no negative unexpected changes” to superannuation during his first term. Not that he got to see it out.

And the new man in The Lodge probably won’t wave his wand and immediately change the superannuation landscape for the worse.

But, like the frog in the pot of water that’s being boiled, Malcolm Turnbull will come under increasing pressure with his budget. Tony couldn’t get his plans through parliament. Mal has jumped in as the water has started to get pretty warm.

There’s a whole bunch of important political hoo-ha that I’ll stick well clear of. Let’s stick with the game that affects us all.

Superannuation, increasingly, is likely to come up on the radar. For two reasons.

The first is that superannuation is “lightly” taxed. And the second is this growing concern about whether super is “fair” for the “majority”.

What’s not fair about super?

The thing about super is that it is taxed at the same rate, no matter what you earn, or how much money that you have in your super fund.

Those earning half a million bucks a year pay the same superannuation tax rates that someone who earns absolutely nothing does.

If the squillionaire EARNS a buck in interest in the super fund, she gets taxed at 10-15 per cent. The pauper earning a buck in super also gets taxed the same.

That’s not how it works “on the outside”. (I’ve got Queen Bea and “Prisoner” running through my head.)

So, the argument goes, superannuation is a tax-dodge for the wealthy. The more they can squirrel into super, the less overall tax they pay.

That money then gets locked in super for decades where it again pays three-parts of sod-all in tax – 15 per cent max.

For Australia’s lowest earners, super is a tax penalty. Earn a buck themselves, they pay no tax. Earn a buck inside super, they lose 15c.

This is the main argument. Not helped by the Coalition cancelling the low-income superannuation contribution when it took office. LISC at least stopped those not paying no tax outside super from paying tax on contributions inside of super.

The second argument is, purely, about revenue.

Can we both raise revenue and make superannuation “fairer”?

How is that likely to work?

It will never please everyone. But here is a likely first step.

Tax higher earners more on the way into super.

Whatever you earn outside of super, you get the same tax relative tax benefit as your money goes into super. The feeling is that level is 15 per cent.

For those on the lowest tax rate – 0 per cent – then you get your 15c refunded, as was happening under the now cancelled low-income superannuation contribution scheme.

It’s not going to please everyone. (And I’m not even agreeing it’s fair.) But, beyond the next election, no matter what colour flag flying at The Lodge, expect some changes to super taxation.

The pressure is building. The frog is cooking. But he knows it.