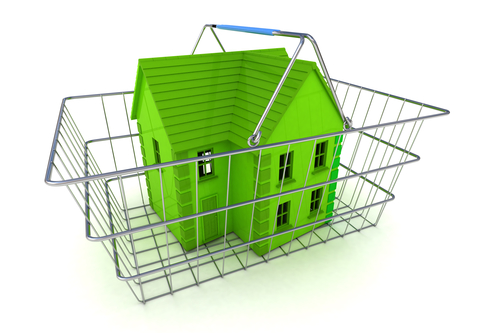 SUMMARY: Super fund property gearing is still an effective, legitimate, strategy. With property markets rebounding, could it deliver rewards for you?

For two years, until recently, property prices in the two biggest markets of Sydney and Melbourne were in free-fall. The major lenders withdrew from the SMSF lending market totally. Before the 2019 election, Labor threatened to ban the strategy completely.

Borrowing in a SMSF has been portrayed as risky and an asset class that few major participants wanted to be involved in. That said, any asset class that is falling, into which you are geared, is doubly wealth destroying.

But it’s worth taking another look at what super fund property gearing is about, particularly with major property markets being on the rebound. It’s still a valid strategy, particularly for those with an intimate understanding of direct property as an asset class, and one that has the potential for considerable wealth creation.

Gearing into property via a SMSF has only been an allowable strategy since 2007. It is not as straight forward as buying a geared property investment in your own name, but it shares some similarities.

Most property bought with substantial gearing is going to be negatively geared, meaning it is going to cost more to meet the expenses than what you are receiving in rent from the property, at least initially, even with low interest rates.

The real benefits are long-term. They include being able to sell the property capital gains tax free, or to receive rental income tax free. But geared property in super is a long-term play that requires an understanding of the nature of property investment.

SMSFs who want to borrow to buy a property generally need the following structure.

Lenders will generally insist on the SMSF having a corporate trustee. It’s not that you can’t have individual trustees of a SMSF to borrow to buy a property, but most lenders want the added security from the corporate trustee structure (which ties you in to director responsibilities).

You then also need a “bare trust” (which is also known by other names, such as a holding trust). Most lenders also want this trust to have a corporate trustee, for similar reasons.

These structures come with a cost, obviously. Setting up a super fund with a corporate trust deed can be done for under $1000, but the bare trust and corporate trustee required by lenders for the loan will cost a further $1000 to $1200.

The structure under which super fund loans are provided are known as a “limited recourse borrowing arrangements”, or LRBAs.

The “limited recourse” nature means, in a basic sense, that the lender only has recourse over its loan over the asset against which it made the loan – the property.

The lender cannot come after the other assets of the fund. If the borrower fails on the loan, it can sell the property only to recover its debt. Even if the super fund has a couple of million dollars worth of other assets.

At some point about six or seven years ago, lenders started requesting guarantors from the directors of the corporate trustee, in the event of a failure of SMSF to repay the loan. In essence, this meant lenders could come after the directors of the loan, in their personal capacity, if the sale of the property came up short of repaying the loan.

Giving a director’s loan means that you will become personally liable for whatever debt remains, which may require you to sell assets in your personal name, or take out a loan to fund the difference.

All of the major banks, including NAB, CBA and Westpac, and their subsidiaries, left this niche industry over a year ago. They stopped writing SMSF loans, while trying to make themselves smaller targets post the Hayne Royal Commission and exiting non-key banking areas.

But before they did that, they gave fair warning that their hearts weren’t in it. Almost unanimously, they reduced the amount they would lend, via loan-to-valuation rations (LVRs) from 80% to 70%, or from 70% to 60%.

However, there are many smaller, more nimble, lenders who are still in the industry, offering finance. They aren’t necessarily household names, but include the likes of Liberty, La Trobe and Thinktank.

Some lenders will still lend up to 80% of the value of a property.

It is also possible for you to be the lender yourself, directly to your super fund (possibly using equity from other assets, or cash). However, the rules around this have tightened in recent years. Don’t try this without getting financial and legal advisers involved, as the ATO has cracked down on these loans in recent years to make sure the loans are done on “commercial terms”.

Obviously, the structure is more complex and rigid.

The maximum borrowings from commercial lenders will go as high as 80%, while you can technically go to 105% for an investment property.

The lowest interest rates charged by lenders starts at around the mid 5s, but depending on your LVR and the type of property you are buying, can go into the 7s. Investment properties in your personal name tend to start with a 3, or low 4s.

The tax deductions, on negative gearing, in super are only at 15%, where you marginal tax rate (up to 47%) are available for personal names.

While all those are negatives, there is a huge positive. And that comes at the time of sale. If you’ve held the property for more than a year, capital gains tax is paid at a maximum of 10% and income gains at 15%, if you sell while your fund is still in accumulation.

However, if you sell while the property is backing a pension fund, you pay 0% CGT. And if you’re earning a positive income from the property in pension phase, the income is also taxed at 0%.

Positive income in your personal name is taxed at marginal tax rates, while capital gains are halved, then that figure is added to your personal taxable income.

Obviously, any time you are gearing into an asset, you are magnifying the risks. And you are risking your retirement nestegg.

The biggest risk, in my opinion, comes from property developers. Often, through seminars, they will have on hand all of the professionals to make it look like an easy and smooth process. However, the whole process is set up primarily to sell the developer’s property, which is where the real money is made.

As an adviser, I don’t believe anyone should buy geared property in super without meeting at least one of the following two criteria. They should have either owned property in their own names, so they understand the lumpy cashflows of property, or have run their own business, to know how to make commercial decisions and how to hire and fire.

Property is an expensive asset class to get into. Stamp duty to get in can be up to about 6%, while selling through an agent usually costs around 3%.

Those costs make property a long-term play in general. But those returns can be spectacular, for well-purchased property.