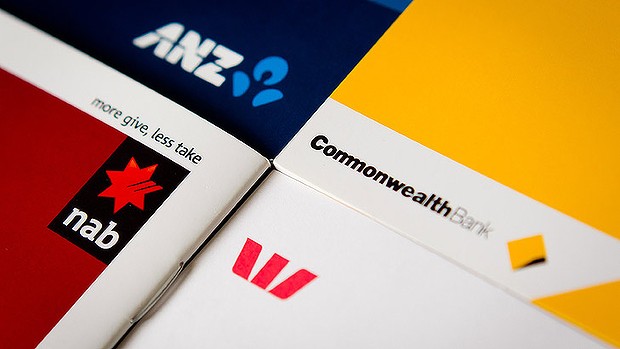 Hey, if banks needed to “phone a friend” right now, do you reckon anyone would take the call? They’re stinking more than a car full of teenage boys after a half-day basketball camp.

It feels like at least one major financial institution a day is getting charged, or issuing apologies for unethical or illegal behaviour, or handing out compensation at the moment.

Westpac was linked to child exploitation and drug dealers. Seriously? How sordid can banks become?

You know banks are in trouble when they’re raising cash from investors, cutting dividends and selling assets. And they’re doing all of them at once. Westpac and Macquarie have both tapped investors for capital recently. And that might just be the start.

An old boss of mine used to say: “Wait until a bank is raising capital for the third time. That’s when you’ll see blood on the floor. Go in and buy with your ears pinned back.” He was a savvy investor, who cleaned up by selling near the top of the market in 2007.

Love or loathe banks, you can’t escape them. Banks are an intricate part of our lives. And they are still monstrously profitable beasts, who don’t deserve sympathy.

So, what do you do? When it comes to dealing with banks, you need to be more than a little selfish about your finances. They are driven by profit. Your primary worry should be around costs.

Borrowing money isn’t solely about the lowest interest rate. Those with the lowest rates won’t lend to everyone. But rate is a part of the equation you have with a lender. And you need to know you’re not being taken advantage of, which tends to happen the longer you stay with a bank.

The cost of money (interest rates) has been a roller coaster ride since 2015. For three years, money got harder to get. Things have started to loosen. Loans are easier to get than they were a year ago.

During the tightening period (2015-2018), interest rates became splintered. Investors started to be charged more than home owners. And interest-only borrowers were also slugged more than those paying principal and interest.

But while rates seemed to go only one direction for a period, competition has returned.

Banks are doing deals again. And if you haven’t pressed your lender for a while to sharpen the rate they’re charging you, you’re probably being treated as a second-rate customer.

Banks will NEVER proactively reduce your interest rate. In the history of the world, it has never happened.

They might give you a better rate if you ask nicely. But don’t expect it. Generally, they won’t act until they see a credible threat that you’re walking your business elsewhere.

For the second time in a year, I’m hitting up my bank for better rates. Why? Because, as a mortgage broker, I know that they are offering better rates to new clients than what I’m paying now as a loyal client of 20 years.

If you haven’t played hardball with your lender in the past two or three years, then you are likely paying at least 0.25 per cent more than what they offered the neighbour who just bought next door. Perhaps even 0.5 per cent.

If the bank won’t give it to you when you ask nicely, there are two options. The first is to call and ask them for a “payout figure” for your loans. That gets their attention. You will probably be put straight through to the “retention team”, or you’re likely to hear from them within the hour.

They will probably offer you a better rate, to keep you.

Or, if you’re simply sick of your bank, see a mortgage broker. They will be able to help find the right fit for you – whether that’s a cheaper rate, or a better deal at a full-service lender who will at least make you feel special for a little while with a sharp rate.

When it comes to your dealings with the banks, be selfish. You need to be pushy, to be that squeaky wheel.

Banks look after nothing but their own bottom line. You need to do the same.