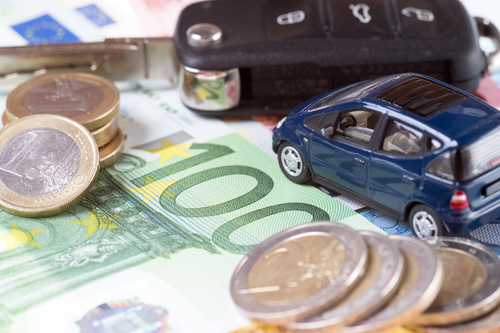 As a kid, I was a Holden man. Barracked for Brocky in his “05” at Mount Panaroma. I had a natural hatred of that famous Ford flog Dick Johnson.

I turned out to be a bit of a Holden/Ford slut.

All were second hand. Half were bought (not handed down) from my parents and another from a family friend. Over their lifetime, I’ve had to spend bugger all on servicing. And I offloaded them usually for a little bit.

But in 2009, as the GFC was really sinking in after the market crash, Kevin07 announced huge tax bonuses for businesses to buy assets.

So I decided to “splash out” on a new car. The Holden dealer dude saw me coming. With two kids under 3, he upsold me from the Cruze I had my eye on, to the Epica.

I bargained him nothing. He got me good.

Hell, if he’d turned up and refused to take it, I’d have begged and given him $300 to take it away.

Luckily, I worked out pretty early in life that I didn’t care that much about the car I drove. I get that some people do. But I’ve never spent much time commuting in a car. Cars don’t do it for me.

But it was actually more about being a tightarse. I figured that the less I spent on cars, the wealthier I would likely be.

How much have you spent on cars in your lifetime? Just do it on a capital purchase and sale price cost.

Let’s ignore the financing interest costs. It would probably only make you look worse. And the maintenance.

Here are my numbers. Based on the five cars that I’ve really owned (the latest being a 2008 Ford Territory … yep, still in Holdens and Fords), I have spent a total of about $90,000 on cars in about 29 years.

Or, if you want to only count recent history (aka, the post-DebtKids era), the maths would be more like $4700 a year, or $90 a week, since the Commodore.

But let’s take the worst view. If cars have cost me $4700 a year, that means that every time I wake up in the morning, when I walk out the front door, the car is worth about $13 less than what it was when I walked out the door yesterday.

What happens if you upgrade your car with a new one every 2-3 years? And you swap it over? And you include financing?

Chances are that when you walk out the door every morning to get into your car for the drive to work, you’ll be blowing multiples of that $13. Maybe $40 or $50 a day. Maybe more.

Whether you drive it or not.

My point is this. If your home is likely to be your biggest asset, cars are the biggest wealth-sucking vacuums that you will own in your lifetime. The more you spend on them, the less you will have to invest (or spend) in other areas of your life.

Have others got that $200-300k of enjoyment out of the cars that they’ve driven? Possibly. Am I happy to have saved enough to buy a large portion of an investment property, or more of my own home, out of not spending that?

What would you prefer?

A new car every few years, or a few hundred thousand dollars off your home loan, or to buy an investment property, or investments providing you with an income stream of tens of thousands of dollars a year, with the same dosh?