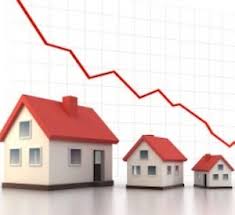 Did anyone else feel a short “WHOOSH!” of wind around 8pm on election night?

It was bizarre. The night was completely still. Then there was a burst of a warm-as-breath breeze, before stillness again.

I was at an election party. I felt it. I could see others felt it too. But drinks and conversations were flowing. (Some were happy. Some not.) I was puzzled, but after a second, normality returned.

Hours later, lying in bed, it dawned on me!

The warm breeze I’d felt was the simultaneous “sigh of relief” of millions of property investors (and millions more investors who rely on franking credits) as it was confirmed Labor had lost the unloseable election. Many, who were both, sighed twice, I’m pretty sure.

At that moment, the potential ban on negative gearing, an end to franking-credit refunds and an increase in capital gains tax were all declared dead meat.

It was the ban on negative gearing that was potentially the most destructive for property investors.

After two years of falling property prices (on average, around Australia, though Perth has fallen harder, for longer), the potential danger of then removing thousands of investor buyers from the market was bordering on disastrous.

So potentially disastrous that, as I said before, I’m not convinced they would have gone through with it. (Though Chris Bowen is just such a policy crazy – he might have.)

Were the negative gearing changes on property investors’ minds? Obviously yes, they were thinking about them and it will have affected voters.

Has it had an impact on the property prices to this point?

I’d argue yes, to a degree. Probably not enormously, as at May 2019. Had the ALP been elected, then the impact over the next six months would have been “interesting”.

It has been suggested that, had Labor been elected, we might have had a pull-forward in demand from property investors, prior to the introduction on 1/1/20. Demand pulled forward might have meant a property price bump prior to Christmas, as people tried to get one last property under the negative gearing rules.

But, following that, we’d have likely seen an investor-buying boycott. That inevitably leads to a slump, possibly a considerable one.

Labor lost. Negative gearing changes are gone. Where to from here?

Prior to election night, I hadn’t bothered to think much about the alternative. The polls clearly stated there was no point.

Sadly, the Coalition does have a batshit-crazy scheme about helping first home buyers save their deposit by providing them a loan. It’s pretty dumb, desperation stuff.

And the First Home Super Savers Scheme (FHSSS) – probably the least objectionable of these schemes by various governments in the last 10 years – will continue.

But it’s not just the election result. There have been two other announcements that are positive pointers for the property market.

The Australian Prudential Regulation Authority and the Reserve Bank have, unexpectedly, post-election, also lent a helping hand for the property market.

APRA removed some restrictions, allowing the banks to lend more money, by removing the 7.25 per cent “servicing” interest rate calculation as a floor.

Why? Home loan rates are currently below 4 per cent, for most. However, banks were forced to assume you needed to be able to service a loan if interest rates suddenly rose to 7.25 per cent, some 3.5 per cent higher than the rates homeowners currently pay.

Analysts at UBS said this should, overall, lead to an overall increase in total lending abilities of about 8 per cent. That is, lenders who could previously a maximum of $600,000, should now be able to borrow $648,000.

And economists reading the Reserve Bank’s tea leaves believe there might be another two official interest rate cuts coming.

Where to for property?

I don’t know for sure.

But I would be willing to bet a lot of money – actually, I probably will – that the bottom of the property market in Australia is far closer than it was just a few weeks ago.

Based on pure economic “supply and demand” criteria,  the election result, plus announcements from APRA and the RBA (would they have been made no matter who won government?) suggest the bottom of the property market is probably not too far away.