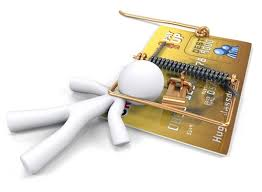 Some things are simply unfathomable – impossible to imagine happening. Like Australians learning to like tennis brat Nick Kyrgios. Or a Gold Coast Suns premiership.

Or, possibly, that Australians would ever shun the “plastic fantastic”. Our obsession with credit cards goes close to our love affair with property.

But is this about to change? Yes. In fact, in a way few people yet really comprehend.

Australians are about to begin cutting their credit card limits en masse, or even cutting up the cards themselves. And they’ll be doing it willingly.

Don’t believe me? Well, I’ll add this is more certain than AMP being “up shit creek without a paddle” when the government releases the Royal Commission’s final report this afternoon.

Because new rules regarding applying for credit quietly came into force on January 1. And they will heavily restrict how much credit Australians will be approved for.

Further, the flow-on will impact on property prices, because it will affect how much people can borrow to buy a home.

What’s happening? From January 1, credit issuers must now determine your credit card limit based on you being able to repay the entire limit, plus interest, within three years, at an interest rate that will usually be north of 20 per cent.

If you want to have total credit card limits of $25,000 (or to increase the credit limits to that amount), the issuer will have to check to see if you can afford to repay $981 a month, above all other expenses.

If you can’t afford that much – according to the bank’s calculators – they have to decline you, or offer you a lower credit limit.

Previously, banks assessed your credit card limits at approximately 2.5 per cent of the credit card limit as needing to be repaid each month. In this example of a $25,000 limit, that means $625 a month.

On a $25,000 credit card limit (over one or numerous cards), that’s an extra $356 you have to find each month in 2019 that you didn’t have to find last year, in order to satisfy the lender. That’s 57 per cent more going towards repaying card debt.

This is only the second time since 1993 that the total credit card limits (reported to the Reserve Bank) reduced from one November to the next.

Further, it has dropped almost $2 billion, from its peak of nearly $153.9 billion in April last year.

But the RBA’s figures are only up to November 2018. Just wait until the numbers for early 2019 are out, when anyone trying to buy a home is told they can’t afford it … unless they cut their credit card limits.

Those limits are going to fall this year faster than a fat kid chasing an ice cream truck.

What should you be doing?

Firstly, don’t panic. Don’t cut your credit card limits now. It will only impact you at the time you are being assessed for more credit, whether that’s a credit card, car loan, personal loan or home loan.

Until then, you might as well keep your credit card limits.

Cutting credit card limits is easy. Literally, usually as simple as contacting your bank and asking them to reduce it.

It’s much harder to get them increased, which will require a full financial application, to be assessed under the new rules.

The best idea is to get yourself into a position where you can develop the habit of paying off your credit card in full every month. If you do that, you’ll never be paying interest. And it will be far easier to reduce your credit card limit when you need to.

Sure, this won’t be easy for some. But many will be able to do it, over the course of a couple of months.

Many struggle to pay off their credit cards in full, ever. These new rules aren’t going to make it any easier. For example, trying to use a 0 per cent credit card rollover will become harder, because the new card issuer is also going to have to use the new, tougher, rules.

Watch this space. This reduction in credit card limits will flow through to more than just property prices.

Bruce Brammall is the author of Mortgages Made Easy and is both a financial advisor and mortgage broker.
E: bruce@brucebrammallfinancial.com.au.