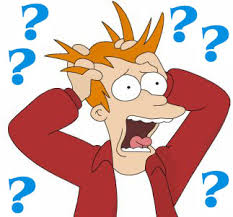 SUMMARY: Property scares for SMSFs under a Labor Government are bubbling away, but don’t believe everything you read.

Sometimes you leave something slowly simmering in a pot, only to turn back moments later to find it exploding uncontrollably like molten lava.

That has certainly been the case for geared property inside self-managed super funds.

A tsunami of panic and vitriol rolled in January about Labor’s potential plans to ban super-fund borrowing. And the strength of feeling on the issue is beginning to rival the venomous debate around Labor’s proposal to ban franking credit refunds to investors.

Super fund borrowing, known as limited recourse borrowing arrangements (or LRBAs), has been contentious since it was first allowed in September 2007.

(But, it must be said, neither government nor opposition have had policies to “stop the boats” on this issue – until Bill Shorten announced a few years ago he would take an LRBA ban to the next election, which is now only months away.)

The growth in LRBAs has been consistent, from the lifting of the ban on SMSF borrowing in September 2007. Prior to then, SMSF borrowing was not allowed, apart from extremely limited circumstances, which included instalment warrants and geared managed funds, but it certainly did not include direct borrowing for residential investment property.

From virtually nothing a decade ago, assets held under an LRBA now amount to more than $40 billion, or around 5% of SMSF assets.

The 2014 Financial System Inquiry headed by (former CBA chief executive, now AMP chairman) David Murray, recommended the banning of LRBAs, as super fund borrowing added risk to the superannuation system, the FSI claimed. The Abbott-then-Turnbull Governments of the day decided to leave the rules in place, but ordered reports to come back in three to five years time, to make sure LRBAs weren’t over-running the joint.

In late January, in response to a taunt from opposition treasury spokesman Chris Bowen, Treasurer Josh Frydenberg said the government was expecting a report from the Council of Financial Regulators into LRBAs. But he also noted it amounted to less than a few per cent of total superannuation assets.

There have been suggestions that the banks walked away from LRBA loans because of fallout from the Royal Commission.

Not correct. The major banks (except ANZ, which never offered LRBAs) walked away from LRBA loans because it was only ever a small and not-overly-profitable part of their businesses. They had better things to focus on and more money could be made by focussing efforts elsewhere. Simple. But they didn’t ditch LRBAs because of negative publicity of them coming out of the RC. It was a happy coincidence for some.

There have been some great conspiracy theories getting some airtime too.

One of the better ones is that the ALP’s plan to ban LRBAs is simply a drive to stop the growth of SMSFs and push money back into union-backed industry super funds.

And, even if it is to stop excess demand, falls in property prices in the major property markets of Sydney and Melbourne … if Labor wins this year’s election, let’s see if they want to further reduce demand for property into a steeply declining property market. Simply, this might be a policy that will be ditched, or delayed, for expediency. Along with Labor’s negative gearing and capital gains tax positions, which are designed, also, to reduce demand for investment property and assist housing affordability.

And Labor has, privately, indicated that it might push back these policies also.

According to several news articles, the ATO is “worried” about the one-third of LRBAs that had personal guarantees attached to them in lending arrangements made during 2017. The comments came from assistant commissioner Dana Fleming.

That’s interesting, because it was the ATO that allowed banks to have recourse to personal assets in regards to SMSF loans, back in about 2012. Prior to that, they were essentially non-recourse lending arrangements – the banks were only able to access the asset itself (not assets owned by the SMSF trustees in their personal names).

The ATO wrote the rules. The first, second and third iterations of them.

They have a slick sales solution for those desperate to get into the property investment market. Particularly those who are unable to do so in their own names, but who have $200,000 or $250,000 in combined husband-and-wife APRA-regulated superannuation funds.

If governments are truly concerned about this, then they should ban the sale of properties to SMSFs that haven’t had occupancy certificates for more than a year. In the past, individual banks have made this a condition of the loan. That was the banks protecting their own arses. But get APRA to make it a lending condition, as they have made countless other rules for lending in the last 3.5 years.

This would stop any interaction between developers and members of the public who might be able to be persuaded to purchase, via LRBAs, into a crappy investment property where they are destined to do their dough.

Coincidentally, ASIC has launched further action against a Queensland mortgage broker (and “former” financial adviser), who they allege was providing financial services without a licence or authorisation.

This year, 2019, is going to be a big year on this topic, whether Labor tries to implement its ban, or not.