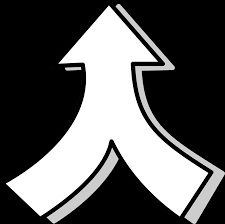 SUMMARY: Partners in life and partners in super – two strategies to maximise tax-free super in your marriage.

Superannuation is often seen as an individual sport – one person fighting to create the biggest pot they can.

But played right, for couples, super should be a team sport. And a couple can make superannuation add up to more than 1 + 1, by using a few clever super strategies that will help reduce overall tax, both into super and then within super.

The current super rules – particularly the $1.6 million transfer balance cap (TBC) – mean that high-earning or saving couples can create a better retirement by operating together.

There are two major strategies that, combined, can dramatically reduce the tax risks posed by one partner going over the TBC. Those strategies are “spouse super splitting” and taking a team approach to salary sacrifice.

The biggest problem to creating monster tax-free retirement pensions is the TBC. The TBC limits individuals to $1.6 million as a starting value for their tax-free pension.

Importantly, that is an individual limit. Both members of a couple can have up to $1.6 million in their super and turn on completely tax-free pensions.

As a result of the TBC, members need to do what they can to ensure both members of the couple hit that limit. If you’re going to able to amass $3.2 million combined in super, then it really should be evenly split between both.

What you don’t want is to end up at retirement with one member having, say, $2.8m in super and the other having $400,000. In that event, the spouse with the higher super balance will be able to turn on a $1.6m tax-free pension, but will then have to leave the remaining $1.2m in accumulation, where it will be taxed at up to $15%.

Wouldn’t it be better to have had that other $1.2m in the spouse’s account, so it could also be used to support a tax-free pension?

Here are the two main strategies to help you do that.

The most efficient way of evening up super balances as a couple is to start early – preferably in your early 40s, but possibly in your 30s – and use “spouse contribution splitting rules”.

Spouse contribution splitting allows you to move up to 85% of the maximimum concessional contribution limit of $25,000 a year from one spouse’s account to the other’s.

If just the 9.5% contributions were made and similar returns for investment were used, there is a strong likelihood that Joan will go above the $1.6m limit, with Jim being a long way short.

Enter spouse contribution splitting. If Joan only had superannuation guarantee (SG) payments being made to her super, that would be $21,850 a year. This is taxed at 15%, leaving $18,572.50 that could be “split” to Jim’s account.

If Joan was topping up her SG with some salary sacrifice to super, to get to the maximum $25,000 concessional contributions limit, then she would be able to split $21,250 to Jim’s account.

Done each year, from early enough in a couple’s lives, this strategy alone will allow most couples to even up their super balances and ensure neither leaves the other behind dramatically in going over the $1.6 million TBC.

Note: Importantly, you can only split the CCs from the previous financial year. That means that, now, you could transfer the post-tax contributions made during the 2018-19 financial year. And it must be done before the end of this financial year on 30 June, 2020.

Don’t leave this untiil “later”. We all know what happens to superannuation’s rules – they get changed. The rules, as they currently stand, allow couples to do this.

And the longer you leave it, and the further the gap between the couples’ super balances, the harder it will be to even things up.

Also, this is something that should be managed ongoing, particularly until balances are evened up, but after that also.

The second major way to even out the balances is to take a “team” approach to salary sacrificing.

All couples manage their money differently. And many have a “yours, mine and ours” approach, meaning they look after themselves and have their own savings and spending money, etc. Some will be flexible about this, others won’t.

But for those who do operate their finances as a team, and want to maximise their combined super, the strategy should be to make the most of the higher marginal tax rates first, but then look to do further contributions with the lower-earning spouse, when the higher earner is maxed out.

In our example, there isn’t much more salary sacrificing, above the SG contributions already being made, for Joan to be able to add to her super.

But if they do have a little left over after expenses, then it should be salary sacrificed from Joan’s income first. She can make further contributions of $3150.

If cash flow allows, that should be the first priority for the couple. Joan’s marginal tax rate is 47% (including the Medicare Levy), so she gets a tax benefit of 32% (being the difference between her marginal tax rate of 47% and the 15% tax rate for super contributions).

This money could be then transferred under the spouse splitting rules.

If they had the capacity to do further contributions, then they should do it from Jim’s income, into his super fund.

Some couples have a concern around using these strategies, because of the possibility of a relationship breakdown.

“What happens if I have handed over hundreds of thousands of dollars of superannuation to my spouse and then we separate?”

I’m speaking next specifically to those who have been giving up their super to their lower-balance spouses.

While you should always seek legal advice in these circumstances, there’s not much need to be concerned about this specifically, as courts see superannuation as just another financial asset in a relationship. It will become part of the pot that needs to be split should a relationship fail.

If one of the you have built up the super of the lower-earning spouse, it will mean less of your other finances, or super, that would need to be split in the event of separation.

These are simply the largest two, of many strategies, that can help couples even up their super, particularly so that if they are going to have a combined super pool of more than $3.2m, that they minimise the tax they will need to pay on their superannuation, after turning on pensions.

There are other strategies that could be employed. I will cover these in a future column.