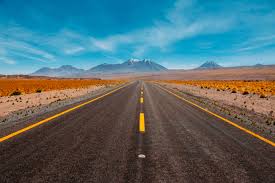 SUMMARY: Here are the major issues to consider if you’re gazing into your SMSF crystal ball for the year ahead.

Without what seems an unlikely bounce in asset prices, there’s probably not a lot of joy for DIY super trustees looking into their crystal balls for 2019.

And let’s face it, few are predicting a rebound in any growth assets this year, with property prices likely to continue to slide and shares showing no promise.

But look ahead we should. What is in store for 2019 for self-managed super funds?

There are three partially related dark clouds on the horizon.

The first is the Royal Commission and the final report from Kenneth Hayne. The second is the political (and business) reaction to those findings. The third is the upcoming Federal election, tipped for May, and what appears now to be a certain victory for Bill Shorten and the Australian Labor Party.

Each of these will have fallout for the financial industry and, in some cases less directly, for SMSFs.

The Royal Commission has the main players – banks, insurers and superannuation participants – terrified.

There are likely to be significant structural changes to parts of the industry that will impact on everyone’s super and, in some cases, specifically for SMSFs. Those areas are specifically superannuation, insurance and lending products.

While this is most likely going to impact the major institutions and their intermediaries (financial advisers and mortgage brokers) the most, there will be inevitable flow-on for all.

You can’t increase regulation, or increase penalties, without increasing the costs for businesses providing services. While changes will inevitably be designed to increase consumer protection, it will come with an expense that will be passed on to consumers.

For example, some providers have already dropped product lines – the one that most obviously impacts SMSFs is the withdrawal of the major lenders from limited recourse borrowing arrangements – and that reduces competition, which usually, probably always, leaves consumers paying higher costs for the remaining products.

The large financial services players have also started selling major divisions, particularly insurance and wealth-management businesses. This is also decreasing competition, as some of those product lines were picked up by competitors.

It will be the reaction and promises from the political parties to Hayne’s final report that will be where the real impacts come for consumers, including SMSFs. While both parties are likely to accept most of the RC’s findings, their reaction on proposed legislation is likely to vary significantly.

Labor has a number of policies that are specifically designed to hurt both SMSFs and those who traditionally use SMSFs (wealthier Australians).

There’s the “banning” of franking credit refunds and a possible increase in capital gains tax for super funds, both of which we have covered in detail before.

It also opposes the five-year catch up provisions, which allow members to put in extra into super if they didn’t fully use their $25,000 concessional contributions limits in previous years.

The reduction in the CGT discount from 50% to 25% will hit traditional SMSF trustees in their personal names, but Labor is not intending to adjust the current 1/3 reduction for SMSFs themselves.

Similarly, the removal of negative gearing provisions (except for new property) is also likely to hit SMSF trustees in their personal names hardest. This is also likely to impact SMSFs, but less so. With SMSFs usually limited to borrowing 70-80% of the value of a property by lenders who will do limited recourse borrowing arrangement, this is usually less of an issue, but will have an impact on tax deductions inside a SMSF for highly geared investors.

These two changes to property taxes, in particular, are specifically aimed by Labor at improving housing affordability. But plenty are now asking, with property prices falling considerably in the major markets, and these policies specifically designed to reduce property prices, would it be sensible to introduce these to further deflate the market?

The realities of government might set in and it is entirely possible that these policies will be pushed back, or delayed, so as not to add unnecessary fuel to the fire.

With the departure of the major lenders from the LRBA market through 2018, interest rates from the remaining providers have been trending slightly upwards.

Contrary to some commentary, however, LRBAs are not dead. The second- and third-tier lenders who remain are likely to now be able to get some scale from a less fragmented market, which might actually have a medium-term positive impact on competition in the market.

However, there remains the possibility that LRBAs could be banned. Labor certainly doesn’t like them and has threatened to ban them if it wins government.

Three-year audits for SMSFs off the table?

In last year’s Budget, the government announced that it would allow SMSFs with a good audit history to move to having audits every three years, instead of every year.

This was designed to reduce costs for compliant SMSFs, but has been met by heavy resistance from many parts of the accounting industry.

It is now widely speculated that the government doesn’t have time – with a very limited number of sitting days before the election – to be able to get this legislation through the parliament.

This idea, whether a positive or negative, is beginning to look dead in the water.

Figures out in recent days confirm what I’d written before that returns for most super funds that were diversified was likely to be sitting pretty close to 0% for the 2018 calendar year.

Australian shares were the worst performing, with international shares and property also negative. Cash was anaemic, but positive, as were fixed interest investments, with the latter neutralising the losses from the former.

What’s on the radar for 2019? Few are predicting any return to strong gains in the growth markets of shares and property, domestically or internationally. Certainly, direct residential property looks almost certain to record further falls in Sydney and Melbourne.

But market corrections are often simply buying opportunities for the patient.

Welcome to 2019 to you all. It’s looking likely to be a year of upheaval. While overall, things are looking a little negative, those who keep their wits about them and their eyes on the prize, as always, are likely to fare better.