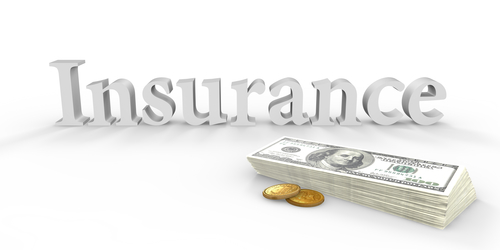 SUMMARY: Insurance is an important consideration in super, despite industry arguments. Here’s what you need to consider.

Life insurance is fighting a rising tide of discontent, predominantly caused by too many scandals.

Insurance in super, even more so, is on the nose. Industry-led attempts to “fix” the current opt-out rules have not been well received, with Financial Services Minister Kelly O’Dwyer now threatening to intervene with legislation.

But everyone – the government and industry and consumer groups – need to tread carefully. There is a big risk for real perception damage among consumers. The more industry and regulators say “punters shouldn’t have default insurance cover in super”, the more a general anti-insurance message will be taken.

And, for SMSF trustees, it’s a legal requirement to have considered the insurance needs for your members, which need to be noted as part of the SMSF’s investment strategy.

So, what are the insurances a super member needs to consider? And what else do they need to take into account when considering their insurances?

Trauma insurance is the only one of those that is not generally available inside a super fund.

Life insurance is pretty straight forward. You’re either alive, or you’re dead. If you’re in the second category, you qualify for a payout on the amount of insurance you were covered for.

Why this insurance? Well, it’s not to cover you personally. (You’re dead, remember?) This is about covering loved ones – your spouse, your kids – in the event of your death. To give them a lump sum to be able to do things such as pay out the home loan, have enough money set aside to educate the kids, pay out other investment debt (if you’re heavy on the debt and light on the equity), or enough money to invest to create an income stream to cover the fact you’re no longer around.

Usually shortened to TPD, this is to cover you for events that probably nearly killed you, but didn’t. In any case, you haven’t been able to work for (generally) six months and you’re unlikely to be able to ever work again.

It’s best to think of this as “accident” insurance. You’ve had an accident and are now permanently in a wheelchair or have potentially incurred a severe brain injury. It is not, however, limited to accidents. Conditions such as multiple sclerosis could lead to people being TPD’d.

This is a lump sum that is designed to make sure you can make the changes to your life that will mean a physical disaster doesn’t also become a financial disaster. But you’re alive.

This can, again, include enough money to pay out mortgages, other investment debt, educate the kids, or be enough to create unearned income streams to last you into the future, so that you’re not living on a government disability benefit for the rest of your life.

Unlike life and TPD, which are lump sums, income protection is designed to replace up to 75% of your income, for an agreed period. This can usually be as little as two years, but as far as to age 65 or even 70 in some cases.

The younger you are and the less assets/debt you have, the more important this insurance generally is. Many super members, at age 30, 35 or even 40, won’t be married, have kids or a mortgage.

Their biggest asset is their ability to work. If they are 35 and earning $100,000 a year, they are essentially insuring 75% of the $3m they will earn before turning 65. It is a long time before a young person’s asset base grows to be more valuable than the amount of money they will earn before they retire, which usually happens in their late 40s, probably early 50s.

While they are all tax deductible to a super fund, it’s a different story if you get paid a claim. A full explanation is for another day, so very briefly:

Those three insurances are tax deductible to your super fund. If your premium for one of them is $1000, then you’ll generally pay a net $850 after your fund has received its tax return.

Does that mean you should do your insurances in super?

Income protection, in my opinion, should always be done outside of super, as a first preference. The quality of the policies are better outside of super (because the Superannuation Industry Supervision Act) won’t allow many benefits to be provided by a super fund.

(Life and TPD insurances are not tax deductible in your personal name, but neither would the benefits be taxable in the event of claim.)

For some, it can make more sense to have those insurances inside super. And, in the past, this has often made more sense.

But from July 1, with the decrease in the concessional contribution limit to $25,000 for everyone, many will be reconsidering having their life/TPD coverage inside super.

Stepped insurance premiums tend to become quite expensive as you age and can significantly eat into your $25,000 CC limit. For example, I recently saw a client whose life/TPD insurance had risen to $16,000 for around $2 million worth of cover. That’s nearly two-thirds of every dollar he was contributing to his super fund.

And the older and bigger your premiums, the more you’re going to want to have insurances outside of super, so it’s not eating into your retirement savings.

But for the young …

If those with relative youth on their side take only their life and TPD insurances inside super, it can be quite cost and tax effective.

They will often have premiums, to start with, of less than a few thousand dollars for both covers. And those premiums can often be easily covered by small extra contributions to super.

Previously, this would largely be done by salary sacrifice or by personal deductible contributions from the self employed.

But from 1 July, anyone can make these contributions – without needing to have an arrangement in place with their employer – and can contribute directly to their super funds and receive a tax deduction. See this column, 17/5/17.

The monkey on the back

In the last couple of decades, super funds started to offer “default” levels of cover to super fund members.

While this often cost only $1-2 a week, the amount, over the system, adds up significantly. Members didn’t necessarily request it. It was provided automatically. But it could always be opted out of, if people bothered to read their annual super fund statements, realised they were paying for insurance they didn’t want, and cancelled it.

It offered a small level of cover of mostly life and TPD, but sometimes income protection, to those who, let’s face it, are unlikely to have ever considered their insurance requirements.

The level of default cover has been referred to the Productivity Commission by the Turnbull Government and is being looked at by an industry body, the “Insurance in Superannuation Working Group”, made up of various industry players. It is this group’s response to date that O’Dwyer is unimpressed with.

In an industry first, Australian Super has announced it will no longer automatically give life/TPD insurance to new members under 25, which it says will add significantly to the retirement balance of those members.

The risk of governments and industry bashing insurance inside super is the baby being thrown out with the bathwater.

Australians are underinsured. If this becomes an anti-insurance public brawl, it ain’t gonna help the situation.