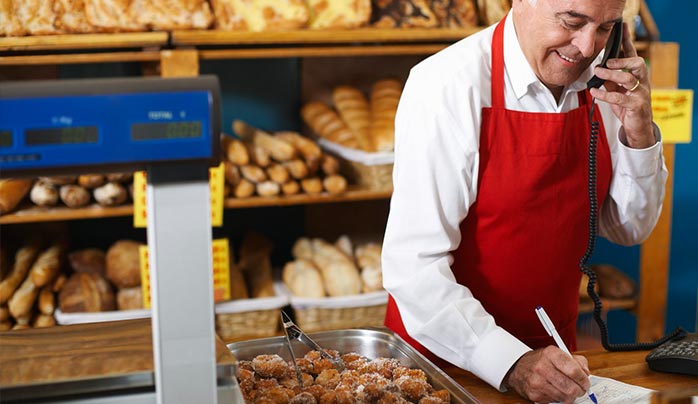 SUMMARY: Could the government force business owners to pay themselves super? Not likely. But it’s more than a thought bubble.

Running your own business can be a tough gig, particularly in the early years when building reliable cashflow.

Administration, management, red tape and constant cost pressures are the norm – and not necessarily just for those in start up.

Could business owners face added cost pressures by being forced to pay themselves superannuation? It’s something Canberra constantly considers. And was raised again recently in a government committee.

Superannuation Guarantee payments of 9.5% must be paid to all employees. But small business owners are usually not employees of their own business.

They run the show, they do a lot (often all) of the work, but they don’t get paid an hourly rate or receive a weekly or monthly payslip and therefore are not required to pay themselves superannuation. It’s the risk many business owners accept they need to take.

Most don’t get paid with any regularity – opting to receive director’s fees when the business can afford to make those payments. Some years that might be nothing at all.

It is for these reasons that business owners have traditionally not been forced to pay themselves super by government. Some statistics claim that small business owners are twice as likely to not have any super as other workers.

Arguably, it could be legislated. It wouldn’t be easy. And it would face fierce resistance and significant non-compliance. But can you force unprofitable businesses to pay super to directors who aren’t receiving any income from the business? It’s a ludicrous suggestion, when considered that way.

Given that, what should small and medium business owners do?

Well, they should pay themselves superannuation. Arguably a salary also, so that they are also covered for things like worker’s compensation. They know they should.

But there are a list of other reasons the self-employed should be doing something along the journey to make the sacrifice to pay themselves superannuation.

No reasonable business income that you earn is ever going to be taxed that lightly. Super makes sense for putting away for your future, purely from a tax sense.

Particularly when it compares with the highest marginal tax rate – currently 47% including the Medicare Levy.

Second: it doesn’t have to be much, but it should be every year. In tight years, putting in even $5000 into super might feel difficult to do. It is a sacrifice. But the true benefits of super come from compounding – money invested over a long time, paying little tax at any stage.

Of course, if your taxable income for the year is so low that you aren’t going to be paying tax (less than the $18,200 tax-free threshold), then potentially making a small non-concessional contribution would cover you for that year.

Third: Use it or lose it. Annual limits are, largely, getting tighter. Australians are increasingly restricted as to how much we can get into super, particularly when it comes to tax-effective contributions.

We are restricted to $25,000 a year in concessional contributions. From 1 July 2018, Australians are able to make catch-up contributions under certain conditions, including having less than $500,000 in total in super, going back up to five years.

Fourth: Super is legally protected from creditors. Your business is not. If your business goes bust, even through no fault of your own, you lose it, plus potentially other assets in your personal name (depending on a number of factors).

Superannuation then heads into the mix of low taxation and the compounding that brings.

Small business owners often rely on the small business capital gains tax exemptions to back-end large contributions to their super. These generous tax concessions – too detailed to go into here – often allow for business owners to successfully get large wads of money into super at the end of their working lives.

But it’s a gamble. A gamble on your business being a saleable commodity at the time that you wish to exit the business and sell it. And, sadly, so many business owners who believe they will have a business to sell at the end of their working life … simply do not.

Making contributions along the way is not just the way to beat that, pay less tax, feel comfortable that you’re building a nest egg and benefit from compounding over decades (rather than just a few years near the end of your working life).

The government may consider making it compulsory. To be honest, I don’t know how they would do it. Could you really force a business that has made a profit of just $20,000, or has made a loss of $50,000 or $200,000 to make a compulsory contribution to super for someone who hasn’t been paid a salary?

Unlikely. But it should be the aim of all business owners to be making ongoing, tax-effective, contributions to their own retirement.