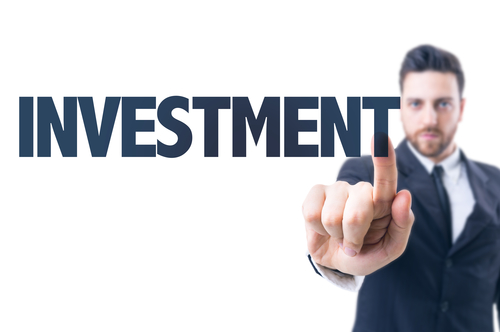 Put your beer down. It’s time for an argument. This is about taxing property investors. So it’s important.

Actually, hold on. If we’re going to argue about something other than whether Steve Smith deserves to be compared to Sir Donald Bradman … well, maybe having a few under the belt isn’t such a bad idea.

Pick your beer back up. Nah, actually, put it back down. Drinking could turn this quite ugly.

Confused? You certainly will be shortly.

Property investors are in the gunsight yet again.

A Freedom of Information request by the ABC has put Labor’s plans to raise taxes on property investors back in the spotlight.

A quick refresher: Labor went to the last election saying it would abolish negative gearing and increase capital gains tax. A firing squad for property investors, with the aim of helping out first home buyers (FHBs).

At the time, Treasurer Scott Morrison, citing “Treasury statistics”, said the plan would bankrupt the nation.

Aunty got Treasury’s advice to ScoMo. In essence, Treasury estimated house prices might fall 2 per cent as a result of Labor’s negative gearing and CGT policies.

This, apparently, made a mockery of ScoMo’s claims that it would send Australia’s economy straight to third world status.

But, whoa, hold on. Think about this for a minute.

Labor’s plan to abolish negative gearing and increase capital gains tax was designed to reduce demand for investment property. If you make investors pay more tax, they are less likely to purchase property.

Lower house prices, to help FHBs into the market, is specifically what Labor wanted these policies to achieve.

It’s right there in Labor’s announcement. The policy was titled a “Positive plan to help housing affordability”.

How do you improve housing affordability for FHBs? By reducing housing prices. You do that, as just stated, by reducing demand, or increasing supply.

And this is where it gets really confusing.

Is Labor cheering for FHBs that their policies would only lead to a 2 per cent decrease? Would this be a major boost to a first home buyer? Would they even notice?

Surely, if the pitch was to FHBs, it would be that “we will reduce housing prices significantly”. But they have consistently argued that ScoMo is wrong and that house prices won’t be reduced as a result of these policies. Wouldn’t that kind of defeat the point?

(But the art of politics is to appeal to one voting group, in this case FHBs, while not pissing off the people who will be directly impacted, in this case, all other existing property owners. Via spin. Whizzz!)

I would be too, if I wasn’t so cynical.

Actually, my biggest concern is that Labor intends to leave negative gearing in place for “new housing” only.

This means that if you buy from a property developer, which is what buying new property means, you will continue to get access to negative gearing.

I’ve banged on about how this destroys wealth for investors for years, but … seriously?

Q: What is the majority of “new property” that comes onto a market? A: House and land packages and medium and high-density apartments.

Who are the usual buyers of these two types of properties?

I need a drink.