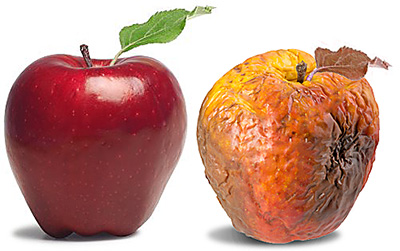 A few years ago, a well-to-do gentleman called, asking for some help with a few matters financial.

He was a smart man, and generally considered financially savvy. But one thing he felt he needed help with was his mortgages. We took a look at his current offer. We had bad news for him.

Simply, he was being rogered by his current lender, a major bank. (And his “private banker” was watching and laughing too!) To the tune of about $18,000 a year.

We gave him options, with another big-four competitor, that would save him $1500 a month. After some assistance, he shopped our deal back to the private banker who, sheepishly I can only assume, matched the offer we’d raised.

Now, he came to see a broker because mortgages aren’t his specialty.

However, he walked away much richer, LITERALLY, for the experience – $18,000 a year will meet the repayments on a very nice car, maybe two, thanks very much.

So, this true story leads me to ask two questions.

If shopping around for the best rate is easy, why did he come first to a mortgage broker and use those discussions to negotiate with his current bank?

And if bankers are just as nice and accommodating as brokers, why had his nice private banker let his interest rate drift around 0.6 per cent higher than the deals the banker himself was offering new customers?

Why, because banks profit from rogering clients with higher interest rates.

Sorry, I know that sounds harsh, but hear me out.

Think about it. If the bank earns $18,000 a year more, from the same client, then there’s a pretty powerful profit incentive. Multiplied by how many customers, smaller and larger?

If they can push up interest rates, occasionally, for existing clients, it’s a beautiful thing. For a bank. Pure profit. Every cent.

Sure, occasionally, some of them will query why their friends are getting cheaper deals (with equivalent service) elsewhere, and bankers will grease the squeaky wheel with a lower rate.

Some might argue “banks don’t do that”. Bullshit. Even I haven’t been immune to it. Every few years, I realise the deals I’m getting my own clients at a particular bank (I’m tempted to name which one, but they are probably no better, or worse, than their equally greedy competitors) are wa-a-a-ay better than the deal I’m getting from the bank myself.

And I’m Debt Man! And a property lover. I only say that to point out that I’m generally a much larger customer, from a lending perspective, of that bank than my own clients are.

My bank doesn’t do me any favours. It will – IT DOES – put up my rates every opportunity it thinks it can. If it puts up rates for 200,000 customers, then only “loses” 5000 who get pissed off and go to another bank … they are ahead tens, possibly hundreds, of millions of dollars, every single year.

I’m worried about you. And your mortgage. And the mortgages of all Australians, if brokers are effectively shut down as a result of the recommendations contained in the “Royal Pardon” handed down a couple of weeks ago by Kenneth Hayne.

Don’t think it was a Royal Pardon? Why, then, did the share prices of all the major financial services companies, particularly banks, spike upwards 5-10 per cent the day after it was released. It was, predominantly, about the profit potential of shutting down the broking industry.

I have no doubt there were a few “Yes, Minister” moments in that final report.

Banks lose money when a customer leaves them. Bankers, largely, do not. They’re on salary. A tiny portion of their remuneration might be based on client retention. Brokers do lose money, directly, if they lose a client. So, who would be more motivated to keep a client happy or to get their customers a better deal?

I’m a mortgage broker. I can threaten to go somewhere else. And follow through, if necessary.

Most of you are not. If your bank is rogering you on rates, you have two choices. Threaten to leave and hope they cave, or take your business elsewhere.

Who, then, is best placed to know who most wants your business? Who knows which lender is fighting for new business hardest at a given time? Who knows who will actually lend to you, in your situation, rather than just advertise “rate bait” that few can actually qualify for?

No matter what some commentators say about brokers, my first priority is my client’s best interests. Trying to make sure they start their journey with the most suitable lender is the goal.

With the aforementioned disclaimer – most major lenders will roger clients with higher rates, given time. Simply, clients need to revisit their broker every few years, just to make sure their bank is not, now, laughing at them also.