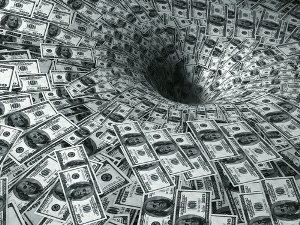 How good is it when pessimists bring us all down with their negativity … but their crappy cynical predictions spectacularly fail to materialise.

“In your face, Dr Doom! Back into the black hole you crawled out of and don’t darken our doorstep again with your despair.”

It’s a bit early to make a call that the Corona crisis isn’t going to be the financial Armageddon we’d all feared. There’s a long way to play out on this.

But, just for a few minutes, while you read this, let’s just try to smell a rose and celebrate some little things.

Like how we can make this (relative, to global peers) good fortune work for our personal finances.

It’s only a few small sprouts to celebrate. So far. But we’ve been bombarded with sheer fatalism for months now.

Here’s how the pessimists have, so far, got it wrong.

Australia’s infection rate is low. The loss of about 100 lives is tragic, but it’s a fraction of what had been expected to this point. About 90 per cent have already recovered.

Financial markets have stopped collapsing. Property prices are off, and will fall further, but it’s been pretty gentle to date. Unemployment is rising, but hasn’t jumped to 10 per cent.

The government has been underwhelmed with claims for JobKeeper, to the point where they are considering winding it back, either by qualification or the length of time it’s paid.

Nationally, our kids are back at, or heading back to, school. Which will allow parents to get back to work.

As a country, we shut down later and will be heading back earlier than most other parts of the world.

Obviously … it’s way too early to tell. But let’s bask in a little cautious optimism, just for a few minutes, and consider the other side.

How are you placed? How are you preparing for whatever’s next? And what lessons that you’ve learned will you take into the future?

Have you started to plan your post-Coronavirus finances?

The worst affected – those who lost their jobs, their business or had massive cuts to hours – are still in a dark place right now.

Government payments, including JobKeeper, have probably helped. So, too, might accessing some super and the stop on mortgage payments, or rent reductions. But the tunnel is still looking fairly long and black.

You’ve looked through your expenses, the charges on your credit card, and reduced or cancelled everything you could. You have cut spending to the bone.

The primary concern coming out the other side will be about rebuilding your income. But the really valuable lesson to take forward will be spending control. And this will help your recovery, which might take years, more than you think.

Celebrate the little milestones as you recover. But not with stupid spending. Slowly, rebuild that buffer, start repaying those loans.

There’s been some financial impact in the household, but possibly less than it might have looked like in February/March.

You’ve eaten into savings, but hopefully haven’t dipped into super. Some expenses might have gone up during Covid-19, but spending priorities changed and you largely managed to reduce outlays.

Coming out of this, as incomes return to normal, keep a tight reign on spending. Get something into investing for your future.

It’s a balancing act, between helping your fellow citizens with their recovery by spending a bit. But you’ve got to reinforce your personal balance sheet.

There are few who have not been impacted, or have actually done well, financially, out of the crisis.

They might have feared the worst and prepared for it. Work barely changed, or even got busier.

Amid their good fortune, they now see opportunity. To invest in long-term assets, to buy property that will, eventually, come on to the market.

Warning? Be prepared for higher taxes. The government spending on the national credit card will have to be repaid relatively quickly, in case we have to do this again.

We’re going to come out of this. Eventually. The pessimists were pretty dark. I don’t blame them – it really did look diabolical and Australia appears to have dodged a bullet.

But it’s time to start thinking about and preparing for how you’re going to crawl out (or, for some, fly out) of the tunnel into the daylight.