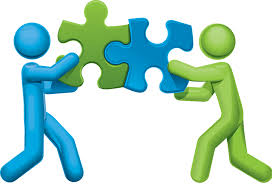 Sometimes by giving a little ground in a relationship, you can both come out bigger overall winners.

That doesn’t seem to be working too well for Boris Johnson and the British Parliament on Brexit at the moment. But the theory generally holds up.

It certainly does for superannuation. And for couples who are prepared to give a little to work together with their retirement savings, there are many examples of where one plus one can be made to add up to more than two.

Today, I’ve got two further strategies to assist couples to work collaboratively to build their super. One will grow your joint super faster, with some tax savings. And the other will help many get more government aged pension.

In a recent article, I went through two big-ticket strategies for how couples should work together to enormous effect for their super. These strategies were designed to maximise the super balances of both members of a couple, particularly with regard to the $1.6 million transfer balance cap (TBC). They were aimed at couples with higher balances and/or higher incomes.

The strategies included using spouse contribution splitting and working together on areas such as salary sacrifice. And they can and potentially should be used by far more people than are currently using them.

But there are things that many other couples could do, even those with relatively modest super balances, to help them build their super bigger and stronger.

Here are a further two.

A withdrawal and recontribution strategy involves pulling money out of super and then recontributing it. This is most usually withdrawn and recontributed to the same person’s account and is done to reduce the taxable portion of the superannuation balance, because the contributions go back in as non-concessional contributions.

However, this can be particularly effective where there is an age gap between the couple of at least a year and the older one is approaching age pension age and intends to apply for the pension.

Eligibility for the government age pension is determined by two tests – the assets and incomes tests. Once you turn age pension age (which was once 65, is now 66 and is on its way to 67), your superannuation becomes an “assessable asset” for those two tests, even if you’re not drawing a pension from it.

Those two tests are too complex to explain today (some would argue any day).

Essentially, couples financial assets are counted when they apply for the government age pension. This includes shares, personal assets and investments. Importantly, it includes the superannuation of the person seeking to claim a government benefit (not the value of the home).

But not the superannuation value of their partner, if they’re not of age pension age.

Julie’s $800,000 in super does not count as a financial asset until she is of age pension age.

This should allow Bill to pick up a larger, even full, age pension.

Note: This strategy is complex and today’s explanation is simplistic. It requires particular consideration of eligibility to make the recontribution. Always consult a financial adviser before considering this strategy.

In the case of Bill and Julie, this could potentially deliver tens of thousands of dollars in pension benefits over that five-year period.

Yes, you can contribute to your spouse’s superannuation account. If you run a household where everything is jointly owned, then it’s really coming out of joint money anyway.

But if you do it the right way, there are tax benefits.

The amount counts as a non-concessional contribution (NCC), so could form part of a contribution of up to $100,000 for a given financial year. But you will only receive the tax rebate on the first $3000.

Make it even better by putting that $540 rebate, when received, back into one of your super accounts also.