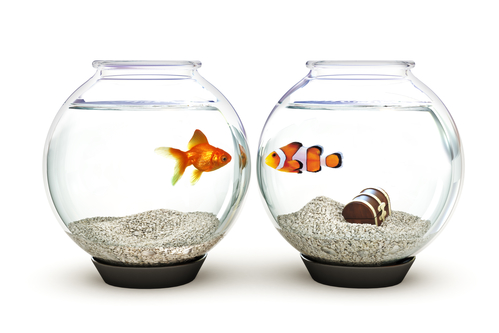 If you think the decision is simply about which has the best headline interest rates now … you’re deluded. (And further, it’s not an either/or choice.)

The main reason to choose variable rates is flexibility. With fixed, it’s surety of repayments.

It’s far more important to get that decision right for yourself – flexibility or surety – than to try to “beat the banks” on rates.

With interest rates so low, now might be a great time to fix. But if you’re likely to move soon, fixed could be a costly disaster for you. Fixed may also restrict you from making extra repayments and deny the value of your offset account savings.

But with fixed, your repayments are locked in. And that’s the biggest plus.

Variable rates, alternatively, give flexibility and power to your offset and redraw accounts. And, in most studies I’ve read, variable rates work out cheaper.

Should you switch banks for a cheap fixed rate? It can make sense, but bank and government fees often neuter any benefits.

With rates at cyclical lows, it can make more sense now for those who want the surety.

Sadly, most people fix their loans when they’re panicking about rates being high and moving higher – the opposite end of the cycle to where we are now. And it costs them a bomb.

And you can be “half pregnant” with rates. You can fix a portion of your loans, leaving the remainder variable to benefit your offset account and allow for extra repayments.