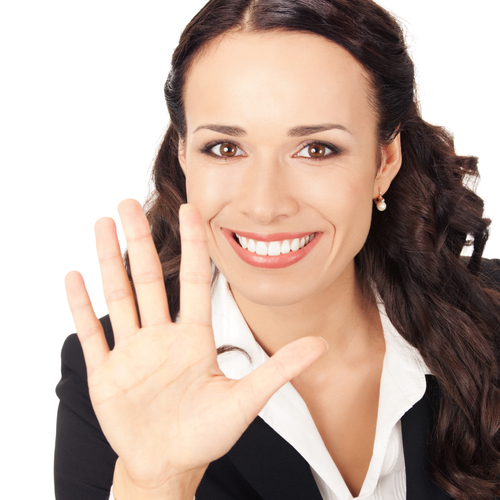 SUMMARY: Update your ageing trust deed? Why do that? Here are the top five reasons you should … and the disasters not doing so can cause.

Some of us probably overdo some pretty mundane jobs. While others probably leave way-too-long chores largely considered by most to be “basic hygiene” in life.

To take one extreme, here’s one of my favourite quotes from American satirist, PJ O’Rourke from “The Bachelor’s Home Companion – A Practical Guide to Keeping House Like a Pig“.

“How often does a house need to be cleaned, anyway? As a general rule, once every girlfriend. After that she can get to know the real you.”

Unless PJ was changing girlfriends at least twice a month … too little?

There’s a chore that a lot of self-managed super funds don’t like to do. And that is to update their SMSF trust deed. How often should your trust deed be updated?

But the fact is that some of us have probably done exactly this. We might have upgraded Girlfriend/Boyfriend to Spouse 2.0 and left it at that years, decades, ago.

As we all know, superannuation rules change far too regularly. And I’m often asked: “Do I really need to update my trust deed?”

If I receive a copy of the trust deed and it’s yellowed with age, the answer is “yes”. If I pick up one dated before the big “Simpler Super” changes by Peter Costello that kicked into force in 2007, yes.

Well, there a multitude of reasons. But to write this, I thought it better to get it from some legal eagles. A few gentlemen who know why, because they’re usually knee-deep in paperwork trying to sort out various levels of mess.

On this occasion, I spoke to Christian Pakpahan and David Oon, from DBA Lawyers, one of Australia’s pre-eminent SMSF legal firms. We came up with our top five reasons that your old trust deeds should be updated, because of the disasters that could be caused if you haven’t.

This was occurring into the 90s, but is increasingly a problem for funds with deeds that date back into the 80s and even more so the 70s. Funds then generally named a “principal employer”. That is, an employer was named a “principal” of the fund. The employer actually had powers within the fund.

Changes to the trust deed often required the permission of the employer. Yep. It sounds ridiculous, old and antiquated. But these trust deeds are still in wide existence today.

This causes particular problems where that employer no longer exists.

If you need to update your deed and the rules of the trust deed says that the trustees need the permission of the employer … you have a problem on your hands.

It causes even deeper problems where there is a challenge to the SMSF trustee, especially near or after the death of a member.

Even if the fund has subsequently been updated.

If you have updated the deed, but those challenging the estate/SMSF dispersions turn things upside down, it may be discovered that the SMSF’s deed was updated without the permission of the “employer” named in the trust deed. The recent deed update could be determined to be invalid. And then, oh boy, do you have a mess on your hands.

See a lawyer, before it’s too late. It might be expensive, but not nearly as expensive as the problem it might leave for your contested SMSF or estate.

There has long been a technical debate about what it takes to allow an ABP or TTR in a super fund. The rules around ABPs state that it must be “provided for under rules of a superannuation fund”. And the fear is that many trust deeds don’t have the specific conditions that allow for it.

The issue here is that if you’re ever in a dispute with the ATO and the ATO goes through your trust deed and says that your deed doesn’t allow for a ABP or TTR pension to be paid, it’s something that can be used against you as a trustee.

Prior to 2007, SMSFs weren’t allow to borrow, except in very limited circumstances. When the rules changed in 2007, so many trust deeds weren’t ready to take the new rules on board, according to Pakpahan.

And, more importantly, the rules for borrowing in super funds changed again in 2010.

Some trust deeds were silent on the issue. But many expressly “prohibited” SMSFs from borrowing.

This could be a particular problem if the SMSF took on a loan from a related party (usually yourselves, or one of your controlled entities) without a trust deed update.

The good news on this front is that if a SMSF ever took out a loan for a property from a major bank or lender, the lenders go through these conditions in the trust deed and usually insist on a trust deed update, if they’re deficient for borrowing purposes. (This is no guarantee, but SMSFs usually pay between $1200 and $2000 by way of loan establishment fees for limited-recourse borrowing arrangements, where lawyers acting for the bank pour over deeds to determine this.)

But SMSFs taking on LRBAs would generally need to have trust deeds that expressly discussed LRBAs and holding assets in bare (or holding) trusts.

There are two major changes here – both of which came from case law.

The two cases that are important are Wooster v Wooster and Munro v Munro.

In Munro, the courts confirmed that a binding death benefit nomination (BDBN) didn’t necessarily need to be redone every three years, which had been the view of large segments of the industry.

Wooster, according to Pakpahan and Oon, showed that a BDBN nomination should not necessarily have to be accepted by a trustee in order for it to be valid. In that case, the trustee, during a dispute, claimed that the BDBN hadn’t been accepted by the trustee.

Many trust deeds place hurdles in front of the BDBNs being accepted by the trustee. These are generally unnecessary, according to DBA Lawyers.

The issue, of course, comes at the stage after death. It’s never worth it, especially when mixed with a grieving family. Good trust deeds will have had these issues worked out.

The changes to the same-sex marriage laws, for those impacted, make this one even more important now than ever.

You might think that your same-sex marriage has made all of this legal and that your partner can now get your super without issue.

But no. Not necessarily. Your old trust deed might mess up these plans. The law in the area of who counts as a spouse was actually changed in 2008

“Old deeds might say that it can be paid to a spouse. But it might have old definitions of a spouse that don’t reflect the recent change in law,” Pakpahan said.

“The words in your deed might be more restrictive than the current law. And it might not allow you to pay it out to your spouse.”

Ultimately, the trust deed might allow you to only pass it to your estate. There it becomes far more contestable by others. Not a situation that is worth allowing to chance.

A trust deed update nowadays can sometimes cost as little as a few hundred dollars. However, it may cost more than that, particularly for older deeds, where you might need lawyers to pour over the details and to fix problems like posed in the top problem, above.

But, as Pakpahan and Oon have pointed out, the potential problems, headaches and countless thousands saved, at a time when least want problems, can be worth it.

Bruce Brammall is managing director of k and is both a licensed financial adviser and mortgage broker. E: bruce@brucebrammallfinancial.com.au . Bruce’s book, Mortgages Made Easy, is available now.