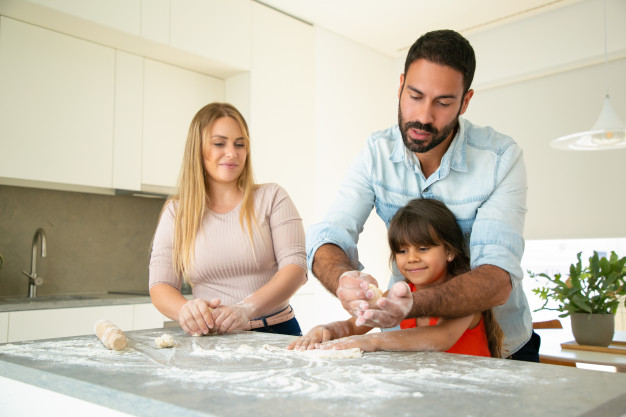 When we first considered bidding on the house my family now calls home, my biggest concern was the backyard.

Mrs DebtMan and I were upgrading from a two-storey terrace to something with a yard, so the kids could kick a ball, have a trampoline and a basketball ring, and feel grass beneath their bare feet.

This place ticked all the boxes, but no grass. It had fake grass, the plastic stuff. I said to Mrs DebtMan: “That carpet is new and I’m guessing expensive, so let’s watch it for a year, then rip it out and put in the real thing”.

Ten years later, it’s still there. It always looks perfect, never gets muddy, and doesn’t have bald patches (unlike its owner).

How have I spent that 500 hours? Dunno. Guessing I spent a bit of it at work earning, a bit of time fetching basketballs for the kids and, quite likely, enjoying a beer on the back deck, congratulating myself for being so clever as to have bought a house with “grass” that didn’t have to be mowed.

It’s not the only way I save time to spend doing stuff I’d rather be doing. I save time by not doing my own tax return, by no longer pretending that I’m a handyman, by not scouring the internet for the best deals for insurance or phone plans, by not doing the ironing.

I pay other people to do them. They do it better and, arguably, cheaper than I can. I can concentrate on what I should be doing.

I had different priorities 20 years ago, of course. Then I did spend hours at Bunnings trying to save a few bucks doing home renovations, watching the Sunday night movie while ironing my shirts for the week.

And (roughly) two decades before that, I was the age of my DebtKids. How did I value my time then? By how many wickets I took on Saturday morning, by how many pars or birdies I made, by how many As I got each term.

It’s interesting watching your own kids slowly learn the value of time and money. Let’s call mine teenagers (one is and the other acts like one).

DebtBoy values his time by how many hours he can spend playing stupid computer games. For every hour he secretly spends doing that, he has to factor in a certain number of minutes he’ll be scolded by his parents.

DebtGirl recently declared that she was going to start a business with a school friend. Homemade candles.

How long does the average kid’s business idea last? My guess would be a day, with a significant percentage forgotten within the hour.

On the day they announced their idea, before they’d even looked up how to make them on the internet, they already had $200 of orders. By the end of the week, they’d doubled that.

Within two weeks, they had a logo, an Instagram page, had costed out their raw materials and had begun cooking wax and filling orders.

Not only were the pair having fun, but real money was filling the biscuit tin. And they are learning, about costs and profits and the value of their time.

They could spend more time on hanging out with friends, or playing sport or talking girly stuff. Or they could spend some cooking, bagging and delivering product.

Now I can’t even get my orders filled. Preference is being given to selling to school friends. They’re running out of some stock items. Can’t make it fast enough.

Some noses have been put out of joint along the way. None more so than when DebtGirl said one night: “Dad, can you help me with my business?”

Mrs DebtMan enquired as to why she wasn’t asked.

“You don’t know anything about running a business, Mum!”

But your Mum is a marketing genius, I pointed out.

You never stop learning in business, DebtGirl. And like it or not, you’re going to need a marketing consultant soon.

My point? Everyone knows that time and money are related. Priorities are different for each individual and change over their lifetime. Be specific about yours.

And a dad who doesn’t have to mow the lawn has just that little bit more time to foster a small business with his daughter.