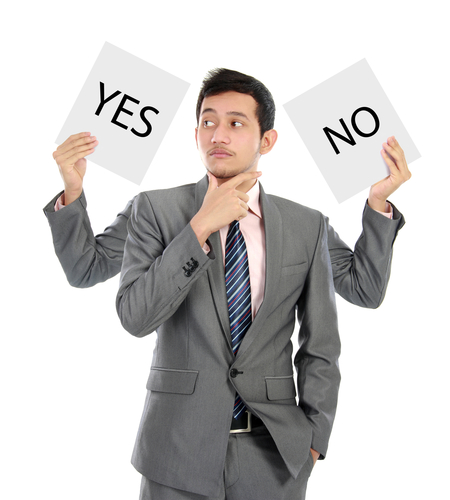 So many people, so little interest. When it comes to superannuation in Australia, compulsory for most, this is the depressing situation.

As a financial adviser, this absolutely does my head in. I can’t get my noggin around the lack of interest. Because I love super. It gets me all tingly.

But like Newton’s third law, I have an equal but opposite reaction to people who decide to take a wee interest in their superannuation … just enough to open a self-managed superannuation fund … when they shouldn’t.

Don’t get me wrong. Love SMSFs. They are an awesome and awesomely powerful vehicle for some to build their retirement savings.

The good reasons to go SMSF are because you want to exert control over your retirement savings. And you’re prepared to take an active role in that control.

You can still outsource parts of that interest, such as the investment or taxation advice, to financial advisers and accountants.

Taking control via an SMSF allows you to take your superannuation down paths that other funds (other funds are regulated by the Australian Prudential Regulation Authority, aka “APRA funds”) simply won’t allow you to. More on this shortly.

But, similarly, taking control of your super doesn’t require the setting up of a SMSF. If you’re interested in picking your own stocks, there are plenty of APRA-regulated platforms that will allow you to do that, while the platform still looks after the accounting, generally for a very reasonable price.

A good reason for starting a SMSF might be that you want to invest in property directly. You cannot do direct property via an APRA fund.

Similarly with gearing, particularly for property, a SMSF will allow for.

Another good reason could be cost. For those with big super balances, or a combined large super balance with your partner, it can literally be cheaper, even with paying quality professionals for their advice, to open up a SMSF.

For example, if you have a combined balance of $2 million, you could potentially halve your costs, with similar returns, via a SMSF.

Tax can be another good reason. Most APRA funds pool the tax implications of investment and insurance across all members. This means some members subsidise others. However, with a SMSF, you control your own super tax destiny, by deciding when to buy, or sell, or even contribute.

Because your accountant told you you should. The “accountant’s exemption”, which allowed accountants to recommend setting a SMSF, has been, thankfully, removed (unless they are also qualified to give financial advice also), so this should be less of a problem in the future.

You went to a property seminar and they told you that they could set one up for you so that you and your partner could buy a property (geared or not). I can almost guarantee that you will do your dough here.

And I’m not talking chump change. The developer will, almost certainly, be laughing all the way to the bank. So, too, will the army of advisers, brokers and lawyers he refers you too.

As mentioned above … to choose your own stocks. Stick with an APRA-regulated fund. If you’ve got a couple of hundred thousand dollars in super, find a fund that will allow you to trade shares.

Until such time as you’ve got enough money in super for it to make sense from a costs perspective. See above.

If your predominant feeling is “how hard can it be to run a SMSF”? Understand this: A SMSF is like running a mini business. You have to be in control, take an interest, be ready to hire and fire professionals. Seriously, jail is a potential consequence of getting it wrong.

SMSFs can be fantabulous. But if it’s kicking around in the back of your head, leave it fumbling around there. Don’t do it until you’re sure.

Because I can tell you, they’re a pain in the rear, and expensive, to unwind, if you decide you’ve made the wrong decision.