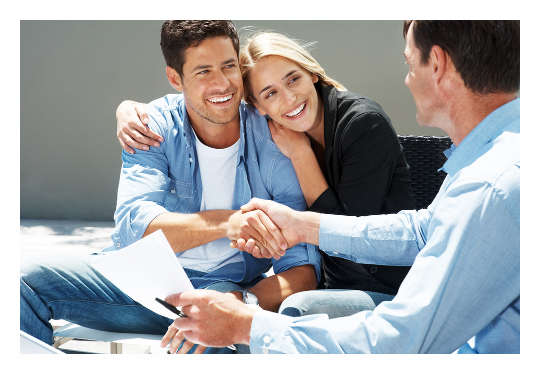 SUMMARY: The winds of change might be sweeping through, but geared DIY super property investment is not dead. So many misconceptions.

Property markets are in falling in some major cities. And conditions in the lending market mean it is harder to get funding.

Both of which are posing some challenges for DIY super funds looking to borrow to invest.

But there appears to be some serious misconceptions about the ability of self-managed super funds to borrow to buy property at the moment.

Don’t misunderstand what has been written recently, including my article a few weeks ago. Limited recourse borrowing arrangements (LRBAS) are NOT dead. Not by any stretch.

As I often make clear, debt-assisted property purchases inside a super fund are not for everyone. There are plenty of people who want to do them who simply shouldn’t (and the queues for these often start at a property developer’s office).

But that doesn’t mean they’re for no-one, or that they aren’t possible any longer.

Today, I’m going to go through some of those misconceptions.

Banks have shut down LRBAS

No, they haven’t. True, many of Australia’s largest lenders have withdrawn from the SMSF LRBA market, but they are not, and never were, the only lenders in this space.

Through to the middle of the year, CBA, NAB and Westpac had all pulled out (including their subsidiaries) from offering property loans to SMSFs. (ANZ had never entered the LRBA market.)

Why? The major banks pulled out for two reasons. The first was capital requirements – they couldn’t get enough of a return from these loans, largely because they had big-bank processes. The second reason was scale. The banks are used to having scale in any business area they move into and this was not big enough to be a core part of their business. The pressure from the Royal Commission on the banks’ misdeeds probably added to their decision to exit.

There are a number of second- and third-tier lenders who are still operating in this space. And many are more nimble and offering more competitive rates than the majors were before they departed.

The sector is alive and well. That doesn’t mean that because lenders are available that you should dive into this space (see below). But it does mean that, where the need is appropriate, there are lenders operating who should be able to make a loan accessible for you to purchase a geared property inside your SMSF.

Poppycock is the first word that springs to mind.

Negatively geared properties work best, from a tax perspective, when the borrower is an individual on the highest marginal tax rate (MTR), where they are claiming back up to 47% of the negative gearing losses.

But they still work for others, potentially, on lower MTRs.

And that includes SMSFs. Complying SMSFs have a maximum tax rate of 15%. If you have a property that is negatively geared to the tune of $10,000 – with no other tax implications to consider – then it would normally get a 15% tax deduction, or $1500, leaving a net cost of $8500.

If the same super fund had a member making contributions of $25,000, then it would need to pay $3750 in income tax (again ignoring other income generated by the fund).

The advantage of negative gearing on the SMSF LRBA property in this case would be that the negative gearing from the property would mean that the fund would have to pay less tax on the income from the $25,000 concessional contributions (or other income generated by the fund).

Negative gearing – for any purchaser – only works if the capital appreciation from the property is more than making up for the income losses from the holding costs of the property.

There is no legal or lending requirement for geared SMSF property purchases to be positively geared.

And making huge negative gearing losses for any investor will rarely make sense. You should properly estimate and consider the holding costs and tax position before you purchase any property and determine whether the holding costs will be outweighed by the likely capital gain.

Debt attached to SMSF property is now out of the question

It hasn’t been banned by the government (yet). And just because the nation’s largest banks have withdrawn from the market doesn’t mean lenders aren’t offering finance.

It can be done. And there are some reasonable-size names, including Macquarie, Liberty, Bank of Queensland, Bendigo Bank and LaTrobe, are still actively lending in this space. Plus many other smaller lenders.

Sure, further lenders might withdraw from the market. And it might get a little harder for those who are on the cusp to get a loan. But generally strong loan applications – with SMSFs with plenty of servicing capacity – are going to get through.

But is geared property in your SMSF right for you?

This is a truly important question. And the answer for most is probably going to be “probably not”.

My opinion is that for people to consider SMSF geared property, they should have either (a) owned investment property in their own names, or (b) have run a business.

My rules are around understanding the lumpy cashflow nature of property investment (rent not being paid, unexpected costs needing to be met) and being confident to hire and fire the paid help.

And I’d love to see property developers banned from selling their wares to SMSFs. Which means I don’t want to see any SMSFs buying property from developers.

Property investment will be right for many SMSF members. Many might want to buy it outright with cash. But many others will see good reason to borrow inside the super fund via an LRBA.