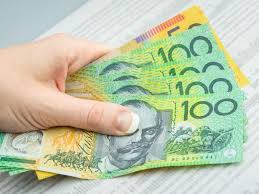 June is finance Grand Final time and you can smell the tension in the air.

Might make you jumpy enough to get you a little punchy – give or take a little bit of a jab.

Lucky there are two jabs available this June to consider! Getting your Covid-19 jab and giving your super a jab.

Only one is truly urgent this month. And it’s not being vaccinated. (Back up everyone, I’m not an anti-vaxxer.)

If you can only make time for one jab this month, make it your super.

Contributing to super is based on limits per financial year. And, in many instances, they are “use-it-or-lose-it” limits.

The most important limit each year is your “concessional contribution” limit. This is $25,000 a year (though rises to $27,500 next financial year), and covers three main types of contributions – what your employer puts in (Superannuation Guarantee), salary sacrifice and other contributions you claim a tax deduction for.

She’s ahead on her mortgage and has built up some savings. She’s time poor and wants to know which jab to get this month.

It’s too late, really, for Susan to do any further salary sacrifice for the year, as she’s only got two weeks’ worth of salary she can “sacrifice”.

If Susan has that cash lying around, she could contribute it to super.

That’s the maths. Susan makes an effective contribution of $5502 to her super, but her super actually receives $7140.

And she’s hit her maximum CC limit for the year.

But it could get better for Susan.

On 1 July 2018, the government introduced the “catch-up” or “carry-forward” provisions. This means that you can potentially use limits from previous years.

That leaves her with unused contributions for those two financial years of $18,275.

Susan is worried about her super and that’s her priority this June.

One of the conditions to using the “catch-up” provisions is having less than $500,000 in super (across all accounts), at the start of the financial year, back on 1 July, 2020.

It will also, eventually, allow you to go back up to five financial years. But it only started in the FY19, so it won’t be fully operational for another few years.

It’s not just employee Susan who can take advantage of this situation.

Have you sold something and made a big capital gain this year? (Maybe sold your Bitcoin back in April when it was over $A60,000?)

You can potentially also use these “catch-up” provisions to help reduce your overall capital gains tax. If so, see a financial adviser.

And if you took out $10,000 during Covid, here’s a chance to get some back in and do it tax effectively.

By the way, I’ll be jabbing both.