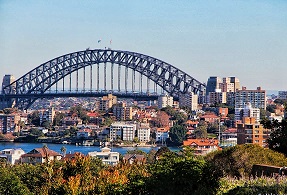 Penalties need to match the crime. And should be meted out to the evil-doer. As a statement, are there any objections?

If I didn’t do the crime, should I be punished?

So why do I feel like I am being whacked because someone vaguely related to me – like an idiot, distant, interstate cousin – got high and gate-crashed a party a thousand kilometres away that I deliberately ignored invitations to attend?

Fair, my furry little friends? I think not.

But that’s what’s happening to property investors right now. If you’re an investor, still holding debt, then you are being whipped because those stoned partygoers spiked the drinks, and everyone who attended is all trippy now, but might come down like a bad ice binge.

In the last few weeks, banks have reacted to threats by a higher power to try to stop the tsunami of investors buying Sydney property.

APRA is trying to try to quell the “irrational exuberance” in the Sydney property investor market. (And to a lesser degree, Melbourne.)

Sydney’s property prices are “crazy”, as Reserve Bank governor Glenn Stevens labelled it in June. Currently, the median house price in Sydney of $925,000 is 50 per cent higher than Perth, 22 per cent more than Melbourne, and 81 per cent more than Brisbane, according to RP Data.

Investors are taking advantage of record low interest rates and a still-strong economy. But property is cyclical and prone to crashes. Sometimes it does get overvalued (and sometimes it’s undervalued).

Why shouldn’t a government body act to try to stop a bloodbath? (Well, the REAL reason is because they normally bugger it up and make things worse, but put that aside for today and understand their intention.)

APRA is concerned the banks, heavily mortgaged (pun intended) to property prices, could come under pressure. It has demanded banks stop lending so much to investors and hold more capital to protect themselves.

BankWest cut rates for homeowners and increased them for investors. ING Direct has reduced maximum LVRs and how much rent can be counted as income, and banned loan increases for investors.

Don’t forget, this is “stage two”. Stage one was back in April/May, when banks removed bonus discounts offered for investors. The move, clearly, failed.

New Zealand is facing a similar problem with Auckland. But the Reserve Bank of New Zealand put a “postcode tax” on Auckland itself, raising the deposit required for banks to lend to investors to buy in their largest city.

Wouldn’t that make more sense? Might not a postcode tax have more of the desired impact? Why are investors who have never invested in Sydney getting whacked also?

Since December 2008 – the bottom of the GFC-inspired property downturn – Sydney property prices have jumped 68.8 per cent and Melbourne 54.1 per cent, according to RP Data.

Outside of Sydney and Melbourne, property price growth in the state capitals is, arguably, weak over that period.

But because Sydney property investors are high as kites, everyone has to be punished?

As one colleague said: “I sometimes wonder if regulators are like World War I generals fighting the current war based on last century’s weapons and last century’s threats.”

For those who bought property years ago, far away from Sydney … could APRA please explain how higher interest rates will help stop Sydney from a crash?

What should property investors do? At the moment, hold on to your hats. There could be a stage three to come.