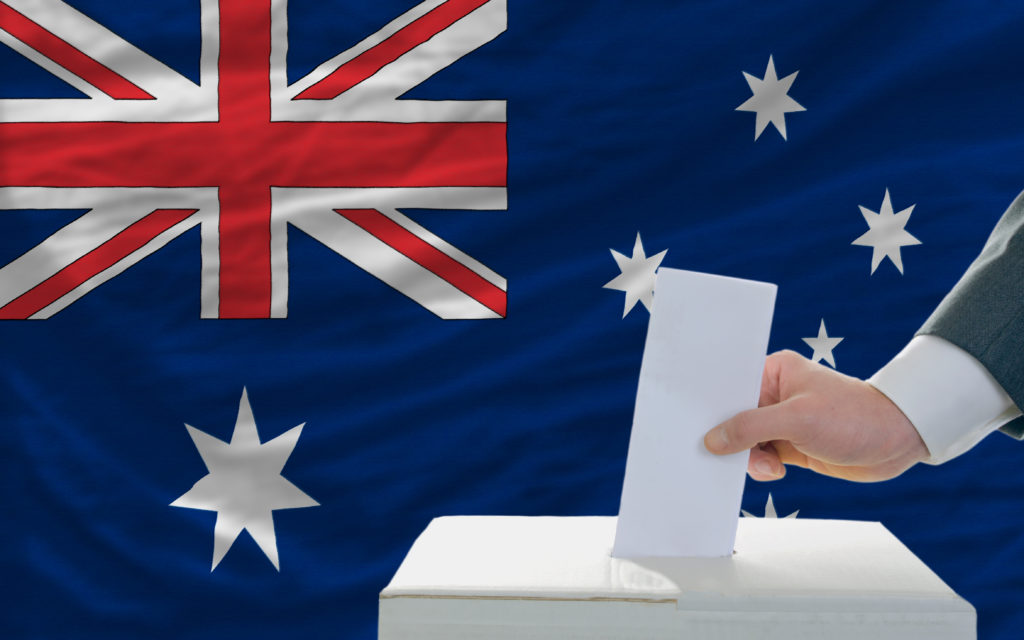 SUMMARY: If super is your hot button for voting in this month’s election, here’s a snapshot of both parties’ super policies.

A week out from the last federal election, the Coalition didn’t have a friend when it came to their superannuation policy.

As a voter, if your electoral pain point was superannuation, you weren’t going to be preferencing the Coalition.

That stayed the case until just days before the election, when Labor, quietly and bizarrely, gave full support to Coalition policies on super, saying they would pass them through parliament, from government or opposition benches. Obviously, they did the latter.

Labor’s superannuation policies leading into the 2019 election should be utterly friendless for those whose super nestegg is their driving financial motivation and voting hot button.

This is exceedingly so for self-managed super funds (SMSFs), who have been specifically targeted by the ALP over franking credit refunds.

So, where are the two parties this time around, on superannuation?

From here in is policy. For it to be passed, it requires, first, an election victory, and, second, the numbers to get things through both houses. (Or, possibly in Labor’s case, for the Coalition to follow Labor’s lead prior to the last election and agree to pass through their opponent’s plans if it loses.)

The policy causing the most consternation is franking credits. It’s a deliberate attack on SMSFs, who receive the most benefit from it.

Under Labor, SMSFs that are completely in pension phase will, essentially, be stuck with a minimum tax of 30% tax on Australian dividend-paying companies, rather than receiving that 30% back in franking credits, as they have for nearly two decades.

The bigger the super fund, the more it will hurt. Labor’s example, when they announced the policy, was that there were some super funds that were receiving $250,000 or more back in tax refunds from franked dividends.

It has many thinking that they will wind up their SMSFs and join an APRA regulated fund, where they could benefit from higher volumes of contributions from other members, to offset the franking credits of pension fund accounts.

Labor has announced it will exempt SMSFs where a member is receiving the government age pension, which is approximately 210,000 SMSFs.

The high-income earners super contributions double-tax, known as division 293, is also going to scoop up a whole bunch of new members under a Bill Shorten government.

We are likely to see a range of measures that will further reduce the amount of money you can get into super from Labor.

The NCC limit was once set as six times the CC limit. The Coalition had reduced that to four. Labor is looking to make that three.

Labor is also looking to overturn the concessional contributions catch-up provisions. This was going to allow those with less than $500,000 in super to be able to make catch-up contributions for up to four previous years, or a maximum of $125,000.

The policy that makes absolutely the least sense to me is Labor’s opposition to the removal of the 10% rule, which has allowed Australian employees greater opportunity to tax-effectively contribute to super.

Labor has said they will overturn the rule change, which only came into force two years ago, on 1 July, 2017.

The 10% rule stopped anyone who earned more than 10% of their income from being an employee during a year from making deductible contributions to super through any other means than salary sacrifice.

That is, if you were an employee, the only way you could contribute extra tax-effectively to super was via salary sacrifice. Only the truly self-employed could decide when and how much to contribute to super.

The 10% rule was a ridiculous, antiquated, old rule that should have been abolished many years earlier.

The Coalition ditched it, allowing employees to make further contributions, and claim a tax deduction, by putting money into super at any point during the financial year.

Labor’s opposition to the policy doesn’t make any sense to me. Employers are not compelled to offer salary sacrifice to their staff, so many workers are locked out of being able to make extra contributions to super.

In 2017, Labor announced that it would ban limited recourse borrowing arrangements (LRBAs). This is the exception to the rules that super can’t borrow to invest.

LRBAs are the rules that have allowed SMSFs to purchase geared property. Several government financial reviews have recommended it being banned, but successive governments have agreed to leave it in place.

Some of the more minor, but largely positive, superannuation proposals Labor has announced include abolishing the $450 a month minimum income requirement for employers to pay workers’ super, for super to be paid on parental leave payments.

The Coalition had its opportunity to make its big-bang changes after the last election. They included the $1.6m transfer balance cap (TBC) and transition-to-retirement pensions being tax for the first time.

This time around, it has promised to increase the age at which Australians can make super contributions. Essentially, this means increasing the age from 65 to 67 after which the work-test rule kicks into play.

Those aged 65 and 66 would be able to make CCs and NCCs up to the normal limits of $25,000 and $100,000 respectively. Only after turning 65 would you have to meet the “work test”, which requires you to work 40 hours in a given 30-day period during a financial year, to qualify to make contributions to super.

It also intends to increase the maximum number of members of a SMSF from four to six. However, it announced this as a policy in the 2018 Budget, then did little about it until just before the election was announced.

It also announced that it would increase the age for which spouse contributions could be made, from 69 to 74 years of age.