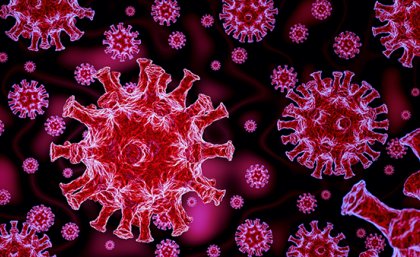 At lunchtime on St Patrick’s Day, my team shut the shopfront and started working from home.

No more face-to-face meetings. Stop delaying the inevitable. Let’s go remote. That afternoon, as they settled in at home, I sent a text : “When’s our first day back in the office, post Covid-19?”

One guessed by the end of March (though she swears she meant 2021). Three said April. The most pessimistic said September. All clueless. And simply punting.

We clearly want life to return to normal, as do all Australians. But it won’t. And, but for a delusional minority, most of us know that.

But how abnormal will our lives remain?

A psychologist I’m not, so I won’t pontificate too broadly. But I do know a bit about the flow and psychology of money.

There is going to be serious financial scarring for many. People will be loaded with baggage they will carry forward for years, even decades.

There is the obvious, including businesses going broke, no matter how much the government hands out in “Job-Something” subsidies.

Some businesses already have. Some are, for now, barely hanging on. Some will collapse soon after the country reopens, because customers won’t flock back to “normal” spending. (They’ll be repairing their own finances.)

Millions have had their salaries or hours cut, or lost their jobs … even those who have got them back again via the JobKeeper subsidy. The majority will still be worse off.

Consider landlords, both residential and commercial. Some have already received calls from their agents, saying their tenants are seeking a rent reduction. Every other landlord is bracing for the call. The Government has ordered them to “do deals”.

There are landlords who’ve already lost tenants, who have ended leases to move back home, or in with friends, to cut costs. They won’t find replacement tenants any time soon.

Everyone with a mortgage who has applied for deferred repayments (“repayment holidays” is terrible terminology, as you’re going to pay interest on the interest you’re not paying) is likely to be impacted for years to come, as the interest that is now being capitalised will take longer to repay.

Nationally, personal savings will be depleted and debt levels will rise. Both will take time to repair – on average it will take years – and will impact future spending by households.

A ripple that will reverberate for as much as 50-80 years – yes, seriously – from now is the ability to access your super under emergency hardship provisions.

The government will allow those down 20 per cent of their income to access up to $20,000 from their super, half this financial year and half next.

The Federal Government racked up spending of $200 billion plus on the national credit card in subsidies to prop up the economy. That has to be repaid. By us. Probably sooner rather than later.

That means one of two things. Reduced government services, or higher taxes. Mostly the latter, but probably both. By all levels of government.

Sure, it feels like Covid-19 came out of nowhere. And it did. But it could happen again. And if we want governments to have the capacity to act similarly in the future … the debt needs to be paid down.

Will the government look at those industries that have actually done well out of the crisis and ask them to shoulder more of the load of the debt repayment?

For many, the financial scars will run deep. Make no mistake, the damage to personal balance sheets will take years to repair.

Life might return to normal. We’ll eventually go to work, invite friends for barbecues, shop, go on holidays and eat out.

But personal finances will take a lot longer to rebuild.

For those caught short this time – that is, with no savings or a financial plan to help you through – are you going to risk this happening again, or is this the shock you needed to do something about it?