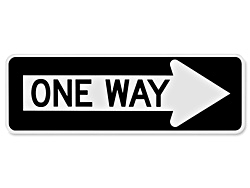 SUMMARY: In-specie transfers to your SMSF should be back on the table, particularly for employees.

The world’s entered a time-warp dimension when just the franking credits on a parcel of shares in a super fund are giving better returns than cash.

Buy some Westpac shares and you’ll get a fully franked dividend yield of 6.54%. The franking credit that comes with it is worth another 2.8% – if you’re a pension fund, you’ll get all of that back – for a total return of 9.34%.

The franking credit return of 2.8% is far greater than the best return you’ll get for cash at the moment. Even “bonus saver” accounts are just a touch above 2%.

Which should get you thinking about where you are holding your assets. If you are holding them in your personal name, to give some thought to moving those assets into your self-managed super fund.

In-specie transfers is how you can move some assets from your personal name to your SMSF.

In-specie transfers haven’t had much of a run as a strategy in recent years. Labor’s election promise to neuter franking credits for most SMSFs would have removed much of the benefits of moving listed shares into your super fund.

But it was a strategy that was very popular until about 5-6 years ago. At that time, the government moved to ban in-specie transfers, out of concerns trustees were abusing a loophole that allowed them to manipulate the price it was transferred into the SMSF.

At the time, the government pretty much called SMSF trustees out as liars and fraudsters – because they believed assets were being transferred into super for far less than they were worth, robbing the tax office of capital gains tax revenue.

The move to outlaw the opportunity disintegrated, for two reasons. The first was due to legal complexity. The second was that share registrars (such as Computershare and Link) started charging fees for assisting the transaction, where previously they had been free.

The number of requests to do in-specie transfers, as a result, nose-dived.

The hype might have died down. But the benefits haven’t.

What are in-specie transfers?

It is transferring assets between related owners. For today’s example, we are going to limit the transfer for a personal name to the SMSF.

You are moving, for example, the ownership of 500 BHP shares from you to your SMSF.

It can only be done for limited assets. Listed shares, widely held managed funds, business or commercial property or cash-based investments such as bonds and debentures.

Why would you do it?

The main reason is because once the asset is transferred into super, it is subject to super tax rates rather than personal tax rates.

If you make a capital gain on the asset in your personal name, you will pay up to 23.5% in capital gains tax. If it’s in a super fund, you’ll pay a maximum of 10% if the asset is sold during accumulation phase, or 0% if sold in pension phase.

Imagine an asset that you are holding for another 10 or 20 years until retirement – compounding low-tax returns on income streams – and then selling in retirement and not paying any tax on it.

That’s the real benefit of making in-specie transfers of assets into super.

It does create a CGT event

The point of transfer from your personal name to the SMSF is a capital gains tax (CGT) event. And you need to consider the tax you will pay in making your decision as to whether it is worth it.

There are a couple of strategies to take in here (the full details of which will have to wait for another day).

If you’ve got some big gains on some parcels of shares (say BHP and Macquarie) and losses on others (say Telstra), you might be able to neutralise the overall situation by transferring some losses and some gains.

If you have shares over which there are small gains/losses now, but you expect large gains in the future, then this might be the perfect time to transfer those assets.

So it will need to fit into your plans for those limits.

If you are not using your $25,000 CC limit, then all or a portion of the in-specie transfer could be used for that purpose. (The added advantage here is that if you do have a CGT event outside of super on the “sale” of the assets, the in-specie contribution could be a tax deduction and a concessional contribution that could help reduce that.)

You could actually transfer in more than that, if you wanted to. You could nominate the first $10,000 as CCs, and the remainder as NCCs.

One of the biggest reasons that this strategy needs to gain some prominence again is because of the big, positive, change here for employees in recent years in regards to contributions.

If you want to use in-specie transfers to make NCCs, then you will have limits of up to $100,000 a year and will be able to use the “pull-forward” provisions that allow you to put in up to $300,000 to use the current year, plus the next two financial years, to use your limit.

It’s generally not free. Most major shareholder registers (Computershare and Link, for example) will charge a fee of $50-60 for doing the transfer. This might make small parcels of shares a little less appealing.

And some ask “Why wouldn’t I just sell the asset, transfer the cash into super and then buy the asset again?”

You can. But you would be out of the market for a number of days, likely a week.

If the value of those shares fall during that time, great. If they rise … then the $55 for the transfer fee will have been a great investment.

A huge topic of its own, for another day. It can make enormous sense to transfer commercial property to a SMSF under the right circumstances.

In-specie transfers should be rising in popularity as a strategy again, particularly given the removal of the 10% rule.

And with recent easings in growth in, particularly, the Australian stock market, now might be the perfect time to get yourself reacquainted.