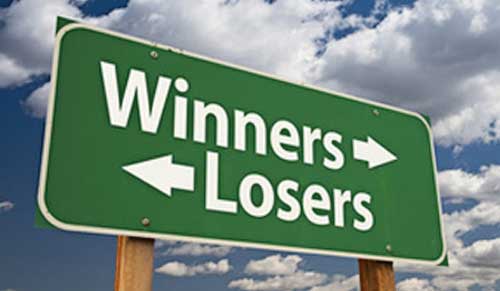 SUMMARY: The wins and the losses of superannuation in 2018 – plenty to celebrate, but some land mines to watch out for.

“Big bang” changes were thankfully off the radar, but DIY super trustees had plenty to keep their eyes on in 2018.

On the investment front, in an increasingly erratic world where international politics played havoc with share markets, trustees will have been happy just to break even on their investment duties.

It was far more work to keep up with the legislative changes that both came into force and were announced during 2018. And trying to determine whether you could make the most of them.

The major legislated changes were largely wins for trustees and super members of most ages. But it wasn’t all one-way traffic.

The biggest win for super members in 2018 is actually a bit of a slow burn, that has at least begun.

The introduction of the five-year catch-up provisions will allow members to put in more than the $25,000, if they didn’t use their full $25,000 in previous years.

It only started on 1 July, 2018, so it won’t be until next financial year (FY20) that people will first be able to make contributions to play catch-up for previous years.

The provisions won’t be fully operational until FY23, when you will potentially be able to make contributions to cover unused concessional contribution caps for FY19, 20, 21 and 22.

Important note: You can only use the catch-up rules if you have less than $500,000 in your total super balance (TSB).

The new downsizer contribution rules will allow the over-65s who are selling a home to put in up to $300,000 into superannuation. If it’s a couple selling the home, that’s up to $600,000.

This opportunity came into force on 1 July, 2018. And there are plenty of qualification rules around it.

The main ones include that you need to be older than 65, that you have lived in the house for at least 10 years and that the sale occurred after 1 July 2018.

You also can’t contribute more than the value of your home – that is, if you sold a jointly owned home for $500,000, you would limited to making $500,000 of contributions between the two of you.

You can only do it once. It must be within 90 days of receiving the funds. And there are other qualification criteria.

While the dropping of the 10% rule started on 1 July, 2017, it wasn’t until earlier 2018 that the first major opportunity came for people to use it.

Previously, if you earned more than 10% of your income from being an employee, you were limited to making super contributions via salary sacrifice via that employer. But the dropping of the 10% rule meant that anyone eligible to make a contribution now could, and could claim a tax deduction for doing so.

This meant that towards the end of the FY18 year, in May and June last year, employees could, for the first time, decide to put money into their own super funds and claim a tax deduction for it.

For example, if you earned $100,000 a year, your employer would normally put in $9500 a year as part of the Superannuation Guarantee Contribution (SGC) into your fund. But you could now get to mid-June and decide that you wanted to maximise you super contributions by putting up to $15,500 into your super fund.

Note: These deductible contributions form part of your concessional contributions, which are limited to $25,000 a year and include any SGC payments.

The First Home Super Saver Scheme similarly comes with a lot of rules, but is way ahead of its predecessors on usability, even if it’s not quite as generous.

It is designed to allow first home buyers to save tax-effectively for the purchase of a home, using contributions and earnings from their superannuation fund from extra contributions they have made.

The scheme started in July 2017, but July 2018 was the first time that members could seek to withdraw contributed funds to help pay for a home.

Again, this one is a slow-burn. You can only put in a maximum of $15,000 a year and can only take out a maximum of $30,000 for the purchase. It will take a few years before those eligible will have contributed enough money to make this worthwhile.

And, be warned, not all super funds will release money under the FHSSS. Check before you consider making extra contributions.

Spouse super-splitting rules continued to rise in prominence this year, for any couple where it’s likely, or possible, that one member might go above the Transfer Balance Cap (TBC), which is currently $1.6 million.

Done over many years, this is potentially a powerful way to help slow the growth of the higher earner’s super fund, to try to minimise the chances of going over the $1.6m TBC.

Any couples with even reasonable super balances, but particularly those who believe one of them is likely to bust the $1.6m TBC, needs to start seeking advice in this area to save, potentially, tens of thousands of dollars in tax in retirement.

SMSFs will be allowed to have up to six members in the future. Similarly, the government intends to allow those SMSFs with a good record of compliance to only have to have their funds audited every three years. Both of these measures were announced in the May 2018 Federal Budget, but have not yet been legislated.

There were a few issues to deal with.

For those with more than $1 million in a super pension, the new Transfer Balance Account Reporting rules came into force.

That is, if you are going to make a decision to take out more than the minimum pension, and you are going to take that as a commutation, then the ATO wants to know about it, essentially in real time, so the rules can’t be fiddled with.

As banks came under pressure at the Royal Commission, they took action to make themselves smaller targets. They did this in a number of ways, including selling off their insurance arms.

But they also did it by pulling out of the lending market for SMSFs, under what is known as limited recourse borrowing arrangements (LRBAs). While the ANZ had never entered the space, CBA, NAB and Westpac, and all of their subsidiaries, all pulled out and AMP followed.

There are, however, still plenty of smaller, more nimble, borrowers in this space. Despite what some commentators are suggesting, it is still entirely possible to buy a property in your SMSF via an LRBA.

On the investment front, with just a few weeks to go, almost all asset classes are sitting within hand-holding distance of a 0 per cent return for the calendar year. That is, all major investment sectors were, roughly, break even for the year to the end of November.

Getting much of a positive investment result in calendar 2018 would have been difficult. Even more so if you owned direct investment property, with the way that residential property was heading in Sydney and Melbourne in the last 12 months.

There will have been winners. Consider yourself one of those if you managed to finish the calendar year to 30 November more than, say, up 3%.