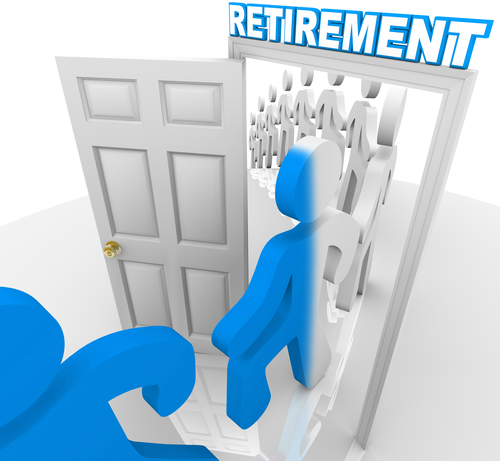 SUMMARY: What you must consider for your transition-to-retirement income streams before 30 June.

“Is it still worth working if my pension fund is going to be taxed, or do I just chuck it in and fully retire?”

It’s a legitimate question. But the answer will depend on how much new tax your TTR pension fund is going to pay, versus the income (or net income) you receive from employment.

In some cases, it simply might not be worth it. And the option of going fully into retirement might make financial sense.

Let’s take an example. A 60-plus year-old member with a $1.5m TTR pension fund. (Remember that anything above $1.6m will have to be transferred back to accumulation in any case.)

That super fund is earning reasonably well. It’s earning income of $75,000 a year (5%), but there are also some capital gains being made each year from the sale of some assets, of, say, another $25,000 (after the one-third discount for assets held for longer than a year).

As a result of the new changes, TTR pensions will be taxed.

(However, while TTR pensions will pay tax under the new rules, account-based pensions (ABPs) will continue to be tax exempt. I’ll come back to this.)

If our 60-plus-year-old is working a part-time or casual job in their semi-retirement and earning less than $15,000 a year, then they might wish to consider resigning. (Perhaps even only temporarily … see more on this below.)

Why? By doing so, their TTR pension could be changed to an ABP. Your TTR can be converted to an ABP for anyone over 55 who permanently retires from the workforce, or for those over 60 who end an employment arrangement.

If the member were to resign – and the fund was changed from TTR to ABP – the fund would save $15,000 in income tax payable. By quitting their employment, they would lose $15,000 income.

In one of those unusual tax quirks, they would actually not be any worse off, financially, by quitting. And would get many hours of their life back.

If the $15,000 from paid employment was the only income earned by the member, then it would not be taxed, as it is under the tax-free threshold.

This would be further complicated if the $15,000 from the part-time job was not the only taxable income being earned by the member. Let’s say they were also receiving $50,000 in net income from other investment assets (such as shares or investment properties).

By resigning the part time job in this position, they would be forgoing a net $9825 in income, but picking up $15,000 in reduced tax from the conversion of the pension fund from TTR to ABP. They would actually be ahead by stopping work!

Obviously, at higher marginal tax rates, the equation would become even more perverse.

This is the tax quirk – probably an unintended consequence of the new rules.

And for those working full time

Look at it another way. This is equally brutal. It’s known, roughly, as an increased “effective marginal tax rate” (though this normally applies to those who earn extra income, but as a result, lose government benefits, such as family tax benefits, etc.)

Let’s say that this same person with a $1.5m TTR pension fund is still employed full-time and is earning $100,000. On this salary, income tax (including Medicare) of approximately $26,632 would be paid.

Some people in this position might also consider whether it’s worth it.

How to switch a TTR into an ABP

It can be quite simple, though it comes with some risks. That is, resigning, but not being able to find another job.

If you’re over 60, you can change a TTR into an ABP by the act of resigning from a position of paid employment. That means, essentially, quitting a job.

If you’re able to find another job straight away … little financial harm has been done.

But this is an area that has some dangers surrounding compliance. Make sure you get advice from your accountant or financial adviser.

But money isn’t everything

Of course, it partly depends on why you’re working. If you’re working to keep your mind active, rather than for the money, then quitting and moving in to full retirement, might be unpalatable.

If your TTR super fund balance isn’t anywhere near $1.5m, then the overall new tax on the TTR might be considerably less than $15,000.

If this is a boat that you’ve found yourself in, get some professional guidance from your accountant or financial adviser.