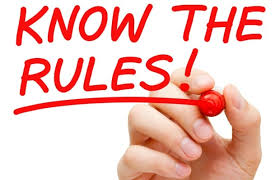 SUMMARY: “Life insurance” is not a dirty term. It’s an important part of our super landscape. Canberra needs to think, very carefully.

I was very close to hiring a “fresh-off-the-boat” Englishman as a financial advisor, about seven years ago.

His experience with Australian superannuation was minimal. But you could see he was a quick learner, had a natural knack with clients, a passion for the industry and good communication skills.

“What I’m really looking forward to” he said, “is the fact that in Australia, you can take out life insurance in your super fund. That’s amazing! We couldn’t do that with clients in England.”

I didn’t “get” him. He accepted another position with a large institution (one that has really got a big smack during the Royal Commission).

His point that it is great that we can get proper life insurance via superannuation in Australia is true. Done this way, insurance can be done tax effectively. It is, essentially, paid for with pre-tax dollars, at a marginal tax rate of 15%. The favourable tax treatment doesn’t end there, with tax-free lump sums able to be handed to dependants upon death.

In most cases – the exceptions including very-high-income earners – it usually makes sense to take out life insurance inside a super fund.

It works best, of course, if individuals wanting coverage inside super can make extra contributions, to cover the insurance costs, by way of salary sacrifice. Or by way the new rules that came into place on 1 July last year, that allow anyone to make tax-deductible contributions to their super funds. See this column 21/3/18.

And it is a reasonably well-accepted truism that Australians are under-insured.

So, the attack in last week’s budget on opt-out insurance wasn’t expected. It should be of serious concern to large numbers of Australians. And scare the pants off many.

The announcement that “opt-out” insurance coverage would be replaced by “opt-in” has serious ramifications across Australia, but particularly for thousands of Australian self-managed super funds.

Those SMSFs who have most to be concerned about are those who have deliberately held open APRA-regulated super funds for their insurance coverage.

Many APRA funds offer cheap insurance coverage. A great deal of SMSFs roll over the majority of their super fund lump sums into their DIY funds, but leave enough in the APRA fund to pay their life and total and permanent disability insurance coverage for years into the future.

The rules, as outlined by the Treasurer in last week’s Federal Budget (and briefly covered in my Budget round-up of 9/5/18), mean that even small slip-ups on those accounts will see much-wanted and much-needed insurance coverage cancelled.

The new rules make it an “opt-in” requirement for people wanting insurance in APRA funds. If you don’t opt-in, insurance coverage could be lost.

The first rule – there aren’t too many SMSFs started by under-25s – won’t have a great impact on the Eureka Report audience.

What’s even scarier is that these rules are going to be largely monitored by the Australian Taxation Office.

Thousands of SMSFs who continue to hold insurance in their former main fund – an APRA fund. Very deliberately.

They will often leave only a few thousand dollars in there. Again, very deliberately, because they want to seek better returns in their SMSFs.

But this new rule really scares me because of something that already occurred with one of my clients. About 18 months ago, obviously well before the ATO are likely to be handed these new powers in the coming months or a year.

After investigation, our advice to a client was that she hold on to an industry super fund (Fund A) with about $100,000 of coverage, but take out about another $800,000 with another insurer/super fund (Fund B).

Because of her employment situation, her employer insisted on continuing to pay into Fund A.

After a few years, the ATO wrote to my client and said “you haven’t had anything paid into Fund B for many years. We believe this to be an inactive account. If you would like to consolidate the two accounts, sign and return and we will consolidate these two accounts”.

Unfortunately, the client wasn’t well at the time, and did. Fortunately, we got warning from Fund B that this was happening. And we were able to stop it. The money was returned to Fund B and the insurance stayed in place.

Less than a month later, she was diagnosed with the return of a very aggressive cancer. She was given two years to live. Less than 18 months later, very sadly, she passed away, leaving behind two teenage daughters and her husband.

The ATO’s letter, unflinchingly signed by the client because it came from the tax office, nearly cost the husband $900,000 (after growth in sums insured).

This was because Fund B hadn’t received contributions for 13 months.

Had contributions instead been sent to Fund B, Fund A probably would have been cancelled because it either (a) hadn’t received contributions for 13 months, or (b) had less than $6000 in it.

And that would have cost them $100,000 or so that they had, also very deliberately, held onto.

I get that the underlying reasons the government has announced these new measures. And, to a degree, they make sense.

My real problem with it will be if they make the changes retrospective. That is, if funds prior to Budget night that have less than $6000 or no contributions for 13 months are going to be treated in this way – with insurance cancelled on an opt-in basis.

If the super fund sends snail mail, that doesn’t arrive, or that Australia Post fails to deliver, that requires an opt-in response … errors are going to occur. That are going to cost survivors of the deceased a lot of money.

Another example, another young, married, female client with multiple super funds was given instruction by us to NEVER cancel any of her super funds.

She had been a cancer victim in her 20s, was unlikely to ever be offered insurance anywhere else and was told that the total amount of insurance that she had across three funds was the best deal she was ever likely to get. All of those funds had less than $10,000 in them. All of them, potentially, over time, could have fallen to less than $6000, where, under the new rules, she might have been stripped of all insurances.

And, unless she went to the extent of changing where her superannuation guarantee payments were going every six months, she might fail under a second condition also.

So what will this mean for SMSFs, or anyone with insurance cover across multiple funds?

But, realistically, you’re going to have to pay more attention to letters from your APRA funds. You’re going to need to read them, tick the right box, sign them and return them, then personally follow them up to make sure that they received your instructions and action them.

That is, if the letters ever arrived in the first place.

Cancellation of insurance is a scary thing. I hope the government has some safeguards in place in the legislation.