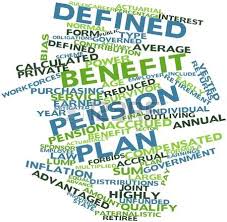 SUMMARY: The gloss will come off the generosity of some defined benefit schemes from July next year.

It has escaped the limelight because of its complexity, it’s legacy nature, and the smaller number of Australians who are impacted.

But defined benefit super pension income streams weren’t forgotten when the Turnbull government turned the heat on, and the taxes up, on superannuation earlier this year.

Millions of Australians have DB funds, though most were closed to new entrants 15-20 years ago.

Anyone earning a reasonable sum from superannuation income streams, with any part of that coming from a DB fund, will feel the impact of further taxes on their retirement incomes.

That “reasonable sum” is considered to be $100,000 a year. If you earn more than that from DB superannuation income streams, get ready for higher taxes.

The problem is … how much extra tax is not perfectly clear at the moment for those who have pension income streams coming from multiple sources.

The new super rules outlined that $1.6m is a reasonable sum to have in a tax-free environment inside a superannuation pension fund. And for the majority on defined contribution (DC) funds, this is a reasonably simple amount to calculate.

But DB funds aren’t so simple. DB funds end up producing income streams that are based on length of service and a salary multiple. (Every one is different.)

To keep things simple … oh, that’s a laugh … nothing about DB funds is simple. And the government isn’t making it any simpler. But let’s give it a go.

The government has essentially declared that an income of $100,000 (that is 1/16th of the $1.6m transfer to pension cap) will continue to be taxed at lower rates.

And then there are unfunded DB income streams, that are fully taxable. They are currently taxed at marginal rates, but the recipient receives a tax offset of 10%. The offset will, from July, be restricted to the first $100,000. Therefore, someone earning $140,000 from a untaxed DB pension would currently receive an offset of $14,000. But in the future this will be limited to $10,000.

Everything in excess of $100,000 will be taxed at marginal tax rates.

What happens with multiple pensions?

For those with hybrid (taxed and untaxed) income streams, the untaxed will be “stacked on” the taxed.

And if you’ve also got a regular defined contribution fund on top of that … watch this space. I have not yet seen clear advice on this. My understanding is that the DB pension side of things will be tallied up first. After that, the DC funds will be allowed up until the $1.6 million limit has been hit. Anything in excess will have to be rolled back to superannuation, where it will be taxed at 15% (or 10% for capital gains).

The Government’s handouts say that “notional” employer contributions will be determined under the annual concessional cap in untaxed schemes. “These will not be subject to Excess ContributionTax where they exceed the annual cap (as these schemes are taxed in the benefits stage”.

But extra contributions via salary sacrifice will not be allowed, except where the notional amount is taken to be less than $25,000.

For non-concessional contributions, the rules are a little more hazy. NCCs will continue to be allowed, where the balance is under $1.6m. But in some schemes, NCCs are compulsory. “The government is still considering the appropriate treatment of excess compulsory NCCs to defined benefit schemes”.

Some are arguing that the 16x multiplier in regards to the value of the pension is just too simplistic. It will benefit younger members, who might have to pay 20x or more to get a lifetime indexed pension.

But for older members, 75 or 80 or more, an equivalent lifetime indexed pension might well be 10x or less.

As with everything in regards to these changes, simplicity is being removed from the system. And it makes it difficult to start planning – with less than eight months to go – when the government isn’t even sure yet how to finish off writing the rules.