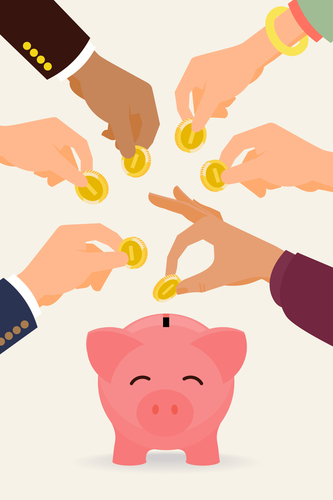 It’s March 2021. Covid-19 restrictions have passed. You’ve been back at work for a while. And you’re slowly, but busily, repairing your finances.

During “The Shutdown”, you raided your superannuation. Twice. Took out two lots of $10,000, before and after 30 June, under the hardship provisions.

You did so out of financial fear. Household income had been shattered. Things were looking desperate.

You got through it. But the “super raid” is playing on your mind. You want to repair the damage to your super fund. But how?

The most obvious option is to simply stick it back into super. Get the Bpay details and transfer it in as a “non-concessional contribution”. It wouldn’t be taxed on the way in. You took out $10,000 or $20,000 and you replace it exactly. Apart from market movement while it was in your hands, no-harm no-foul.

But is this the most tax-effective way of doing it?

Many Australians will be better off putting the money back into super by collecting a tax deduction for doing so.

“Whaaat? The government’s not that stupid, are they?”

No. But there’s a Mack truck-sized loophole they can’t do anything about. So long as you didn’t lie to get the money out of super originally, it’s just part of the cost to government tax revenue of this measure.

However, if you make a “personal deductible contribution”, you will get a tax deduction for that $11,764.70.

Be aware these contributions are part of your annual $25,000 concessional contributions limit, which includes the 9.5 per cent your employer pays, which makes it harder for higher income earners. They might have to do it over a longer period, or might not be able to do it at all.

It works similarly from a tax perspective, although a slightly different process, to do the same via salary sacrifice.

Most people won’t do it. They will take the money out, never repay it, have vastly inferior retirement savings and be a greater cost to the public through higher age-pension payments.

I shouldn’t say the following. I should gaffa-tape my mouth shut, to stay out of trouble with the ATO. But I’m going to say it anyway.

The following is not financial advice. To anyone. It’s simply shining a flashlight on a coronavirus tax loophole no-one wants mentioned.

What if you had enough savings to get you through a downturn, but qualified for getting access to $10,000 of super, because your hours had been reduced by 20 per cent?

You could potentially use the tax-deductible super contribution rules I’ve mentioned above to do nothing but save tax.

That is, you qualify to pull money out of super. You then want to put the money back into super, tax-effectively, picking up tax returns of $2000-6000 along the way.

Best advice? Don’t take the money out unless you really need to. For most, it will be too hard to pay it back.