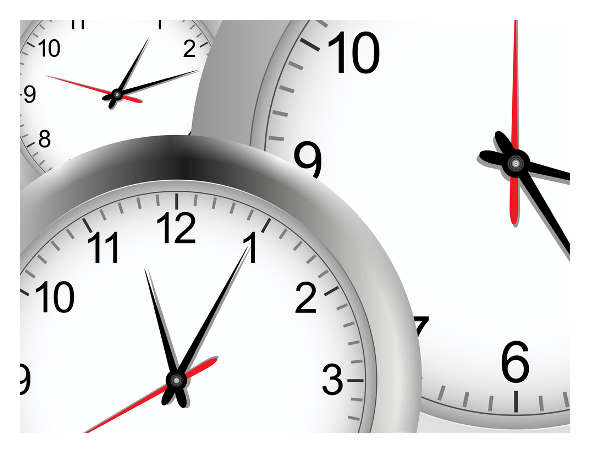 SUMMARY: Gearing-in-super issues continue to be touched up in the lead up to 30 June.

Things are getting interesting in the super fund loans space and the 30 June light coming down the super-changes tunnel.

“Interesting” in an “uncertain” sense. The light could be a train. Too early to tell.

Last-minute changes to the new superannuation rules are ongoing. Several have been made in recent weeks.

And further changes are coming. We know they’re on the way, because Assistant Treasurer Kelly O’Dwyer warned us there was further “minor and technical changes” to come.

In recent weeks, the government (or the Tax Office) has announced that it doesn’t want super borrowing rules to be used as a vehicle for wealthy Australians to get around the new $1.6 million pension limit. Or, indeed, the new dramatically lower concessional and non-concessional contributions limits.

To that end, they have recently declared that any borrowed monies (via limited recourse borrowing arrangements) would be included as part of the overall total super balance held by an individual.

That is, if a member had a net $1.2m super balance, which included a geared (LRBA) property with $600,000 of borrowings, then this would be seen as a total super balance of $1.8 million.

Only $1.6m can be transferred into pension phase. So, assuming the pension is kicked off immediately, a portion of the fund ($1.6m divided by $1.8 million = 12.5% of the fund) would be taxable.

One of the major reasons LRBAs will be counted towards the “total super balance” for “transfer balance cap” (TBC) purposes is to stop people being able to load up their pension accounts with LRBAs, then be able to pay back the debt with non-concessional contributions.

Take this example. This is what they’re trying to stop.

A person has their super geared at 75%. They have $1.2m of their own super money in accumulation, then they gear up with another $3.6m in LRBAs to have a total of $4.8m in super.

If they shifted then to pension phase, they would be transferring in only $1.2m worth of net assets, but $4.8m of gross assets.

That’s taking it to an extreme. But the recent announcement makes it clear that, in this case, the borrowings count towards the member’s TBC. And, as such, only a proportion of that $4.8m would end up in the pension fund. And, as a result, an element of tax would be payable on a significant portion of that fund.

The brighest minds in the business are struggling with how, exactly, the government is going to get the rules to work on this one. There are too many conflicting possibilities – and too many strategic holes that industry experts are coming up with – that it would appear that the government might have some work to continue to do, even after 1 July.

Let’s consider the following possibility. This is my scenario. I haven’t found an answer to it yet. (If you see anything on related topics, please send me an email.)

Towards a new gearing strategy …

A member has been using geared LRBA strategies to boost their super for a number of years prior to now. She is now close to retirement age.

Over time, she has managed to build herself up to the point where she has a total super fund with $3m of assets, which is 50% geared. Therefore, net assets are $1.5m, but there is $1.5m of LRBA debt in there also.

If she were to transfer this to pension, then nearly half of the fund would be taxable, as it is over the $1.6m that can be transferred to the pension fund.

She transfers to pension. Nearly half of the gains become taxable and tax is paid on those amounts.

(Alternatively, she sells while still in accumulation and pays full tax, then transfers the balance to pension, where the strategy is adapted, slightly, for the below.)

Then $1.6 million is left in pension phase. The remainder is transferred to a second, new, SMSF (which is now designed to hold just the accumulation assets).

The pension fund is only $1.5m. If it then gears? What are the consequences? There does not appear to be anything in the legislation  stopping this strategy at the moment. (Not that I have seen.)

But if the fund had enough liquid assets to be able to meet pension liabilities for a number of years, then this strategy is a possibility.

Another difficulty (with my mortgage broker’s hat on) is that borrowing from a High Street lender for older members in a SMSF is difficult. Few lenders will extend terms to 60-65yo SMSF borrowers. If they will, they generally want to see a strong “exit strategy”, considerable other assets earning a strong income for the fund, or income from contributions that will help service the debt. All of these face restrictions from lenders from a servicing perspective, as super members age.

One option is for members to lend to the SMSF themselves, known as “related party lending”. This has also become more complex in recent years – in short, the loans must be made at “arm’s length” meaning they need to be on similar terms to what a High Street lender would offer as a mortgage in any case.

Flies in the ointment

The ATO has said that if a super member has more than $1.6m in super, then they won’t be able to make further non-concessional contributions (with limits up to $100,000) to their super fund.

From an example up above, where the member had $1.2m and is geared with $2.4m of assets to make a total super fund balance of $3.6m. This member, it would appear, cannot make further NCC contributions to super.

However, if they sold down the assets, so that they only had $1.2m in super, could they then use the NCC rules to put in another $300,000 (using the pull-forward rules), then start a pension with $1.5m and regear the pension fund from there?

The biggest possible fly that might land in the ointment?

The Federal Budget, on 9 May.

The government could ban LRBAs. This has been recommended before – most notably by David Murray’s Financial System Inquiry in 2014. But a ban was rejected by the Abbott Government.

A ban on LRBAs wouldn’t fit with Kelly O’Dwyer’s statement that “minor and technical” changes to the rules were being considered, I wouldn’t think.

But what the government/ATO could push through in the coming weeks  needs to be watched by anyone with an LRBA, or those that are considering an LRBA.