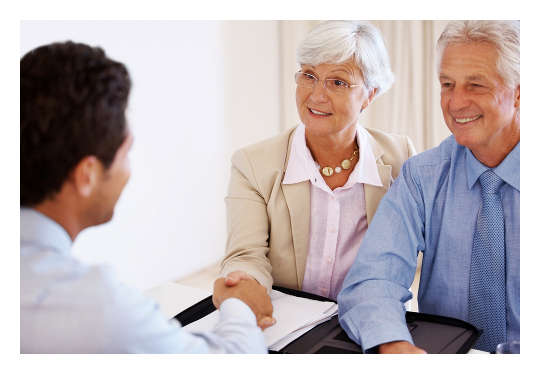 SUMMARY: Couples working together financially can make one plus one equal more than two.

It’s an unusual statistic, though it shouldn’t be overly surprising: Surveys show the widowed are generally the least worried about their retirement.

The reason is understandable. Most of two lifetimes spent saving to fund a joint retirement is now going to be used to fund only one person’s somewhat lucky longevity. Potentially with a bonus life insurance payout.

Still, it’s not the way people dream of becoming financially “secure”. (Well, not all marriages are perfect, so maybe a few.)

Being a couple is about building lives and families and growing old together. And that means if there is a little less to go around to be with your partner through the golden years, so be it. They work as a team.

However, the teamwork can go missing on financial matters. Often, its separate earnings, separate savings, even separate investments. Money is the number one cause of marital fighting. So if separate finances keep a marriage together, then all power to it.

But understand there is usually a cost to that. For example, keeping money outside of the home offset account is expensive (it earns interest that is taxed, rather than saving interest, which isn’t taxed).

It’s a similar story with retirement financial planning. Here are six strategies where super teamwork will improve your retirement savings.

1. Build the super fund of the older

If there’s a bit of a gap between the two, then working to build the super of the older person can mean that a bigger pension can be turned on earlier.

Combining these two strategies can supercharge the benefits.

2. Turning on a tax-free pension

Turning on a pension from age 55 can have tax benefits depending on your situation, but the real benefits come at age 60 when super pensions become tax-free income streams.

Consider building up the super of the person turning 60 first, or the person who is already 60, before turning on the pension. It will increase the eventual tax-free pension, which can then, potentially, be recontributed back as non-concessional contributions, or to aid further salary sacrifice.

If one member of the couple is in a higher marginal tax bracket, then there is more tax to be saved by having that person do the salary sacrificing, if you’re willing and able to make the financial sacrifice.

If a couple has a wider marginal tax rate differential than that – for example, one earned in excess of $180,000 – then the gains can be even better. (Better still if you can both salary sacrifice, but that’s not always possible.)

Most of the time, you don’t want to go above the $30,000 or $35,000 concessional contribution limits. If one of you has reached that limit, but could easily go above that, then working together – meaning one paying the other for making tax-effective contributions – to allow both people to have higher contributions, can have obvious benefits.

If a spouse isn’t working, or earning a very low income, then that’s no excuse not to build their super balance (particularly if they’re the older member of the couple also).

The spouse contribution offset allows couples to get a tax rebate of up to $540 for a contribution of up to $3000 for those earning less than $10,800. The rebate decreases between $10,800 and $13,800. It’s essentially an 18% rebate within those parameters, as the contribution is made as a non-concessional contribution and is not taxed on the way in.

Then you’re getting into the ultimate sharing. Combining your super balances into the one super fund, to allow you to do chase superannuation dreams together.

While SMSF members still have individual accounts, with separate dollars in them, combining your super can allow you to achieve things that aren’t possible to do in APRA-regulated funds.

For example, buying investment properties (geared or not) is something that many couples could do together, if they believe in property and believe they can make that work better than their APRA regulated fund.

But SMSFs are also powerful in many other areas for couples, including being able to use reserve accounts and having better insurance options.

One of the arguments raised against these strategies regards “relationship breakdowns”. One person is cautious because they could lose the money in a separation.

But remember that superannuation has been a divisible asset – along with most other financial assets – when it comes to divorce for about a decade now. What’s in super will be split along the same lines as the rest of the spoils of the relationship.