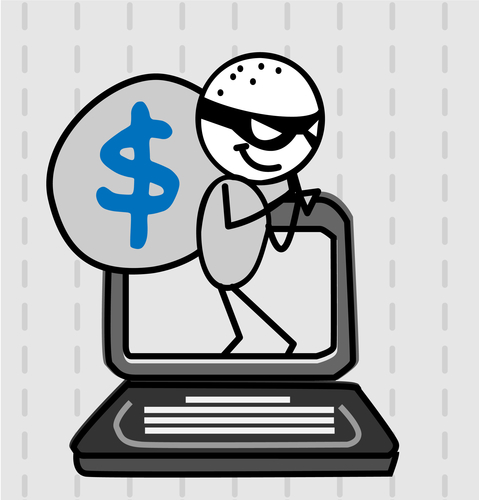 Burglars are instant valuation experts. It’s in the job description.

Within a few minutes, they need to make hundreds of lightning assessments about the value of your stuff and what they’ll get for it on the street.

Jewellery, electronics, laptops, medicines, TVs. Anything they can get a quick buck for.

“So”, I quizzed the insurance assessor when I got robbed while sharing a house with a mate in the late 1990s, “what about a couple of old business suits? Ones where the pants have holes in them? Worth anything?”

Turns out “yes”. Not the pants, but the jackets. About $50 each at the time. The assessor explained the thriving trade at one upmarket drinking establishment in town. As punters were refused entry for being jacketless, my thief could offer, for the reasonable price of $50, my ageing old suit jacket as an easy sale … like an umbrella on a rainy day.

We’d also been robbed of the usual stuff. Cash, my flatmate’s laptop, my stereo, countless CDs (yes, compact discs, it was the ’90s) and a plethora of smaller electronic equipment. The cheeky buggers also took my ironing basket to carry it all in.

We were both under 30 and living in a rental house. We were insured – properly, thankfully. But it looks like we were in the minority.

An Understand Insurance survey of more than 1000 Australians, conducted by Quantum Market Research and released this week, has found more than half (54 per cent) of renters have no contents insurance.

Even more alarmingly, those that are uninsured believe their contents are only worth, on average, $16,763.

Let me assure you, most would probably need $16,763 to replace what’s in one bedroom – mobile phone and laptop next to the bed, a wardrobe full of clothes (some of which, admit it, you lashed out on even though you really couldn’t afford them), doonas, linen, pillows, jewellery … a bike? … a guitar?

Then start on the kitchen, the lounge room, the bathroom, the dining room. Think about it. Particularly for those starting out in a share house, can you really afford to replace all your stuff?

What is the stuff in your home worth? How do you figure out how much you should insure it for?

Most of us don’t really have a proper clue. In general, we grossly undervalue what we would need to replace the contents of our homes.

Most householders – 70 per cent, according to the Understand Insurance survey – guess the value of their contents themselves. And almost half (45 per cent) admitted they had no idea how much their contents were worth, or thought their valuation was out by more than $5000.

It simply doesn’t add up.

But doing it properly is easy.

Understand Insurance has loads of tools and calculators that help you estimate the cost of replacing your home and its contents, and find the right insurer for you.

Going low on your estimate, or being stingy, leads to underinsurance. You’ll be lucky if you get enough to replace everything with second-hand stuff from op shops.

Bruce Brammall is the author of six books including Debt Man Walking and Mortgages Made Easy, and is a licensed financial adviser and mortgage broker with Bruce Brammall Financial. E: bruce@brucebrammallfinancial.com.au.