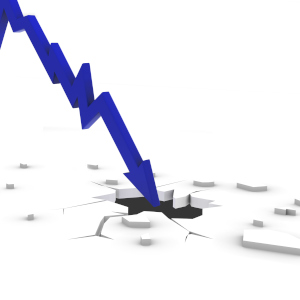 When political promises are made, you largely take them at face value.

“Party ABC stands for this”. If given the opportunity to govern, this is the policy they want to implement. For whatever stated reasons.

Most of the time, no matter your political colours, you should be able to objectively look at the policy, understand where they’re coming from, and accept that it is a reasonable position to adopt, given their colours. That doesn’t mean that you agree with it.

But sometimes (perhaps often, depending on how easily set off, or left- or right-wing, you are), you are going to stand back and say, “Yeah, nah, that’s just a Grade-A stupid”.

On this occasion, I’m calling “stupid” on half of Labor’s “housing affordability plan”.

The ALP has two prongs to their housing affordability plan. The first is removing negative gearing (for anything but new properties). The second is to increase capital gains tax (CGT) on profits made when selling a property.

I’m not going to argue the CGT issue. That’s arguably a “reasonable position” for a political party to hold – pay a little bit more tax on profits.

But the first element of it is what I’m calling out as dopey. In the current environment.

Labor’s policy was announced in early 2015, when property prices were, undeniably, high and heading towards sky-high.

From that time, property prices continued to rise for 18 months, then started to fall, on average, heavily.

In Sydney and Melbourne, they are off about 10-15 per cent, depending on which set of stats you prefer. Perth is off around 20 per cent, for very different reasons, over about four years. Brisbane and Adelaide, which hadn’t experienced the same growth, flat to middling.

There is little argument that property prices, nationally, will fall further this year. Let’s say Melbourne and Sydney down 13-18 per cent and Perth not falling any further.

By the end of this year, the national property market, as a whole, could be in “correction” (a 10 per cent fall), heading towards a crash (20 per cent).

Property will, by definition, be more “affordable” than it was 2-3 years’ prior. It will have had nothing to do with Labor’s policy.

Getting a loan, because of APRA-inflicted tighter lending restrictions on the banks, is partly to blame, but it’s just largely markets doing their thing.

Then, in the middle of heavy falls, you introduce a ban on negative gearing.

Removing negative gearing is designed to take out a lot of investors from the demand side of the market, allowing home buyers to compete.

But Labor’s point is to reduce demand, specifically from investors. It’s just a question of how many will pull out.

Is that smart, as prices are probably already in “correction”, but possibly heading towards “crash”?

My gut feeling is no. Property prices falling can lead to a self-perpetuating spiral. General spending falls, as consumers’ confidence slumps because the value of their homes have fallen.

Labor has an intended start date of January 1. But if property prices continue to slide into their preferred starting day of 1 January next year, will they proceed with it?

I’m thinking … maybe not. “We’ve loaded the gun on negative gearing, but let’s just slip it back under the pillow for now. We reserve the right to fire it later”.

Arguably, the bigger problem with negative gearing is what they’ve exempted.

If you buy property from a developer, you’ll still be able to claim negative gearing.

OMG! Is this the greatest free kick to developers in history? They are licking their lips. They’ll probably be able to whack an extra 5-10 per cent on sales prices, because of the advantage of negative gearing.

But, as Angie Zigomanis, from BIS Oxford Economics, suggests, “The removal of negative-gearing benefit from established dwellings … is likely to exacerbate resale losses”.

In essence, those who pay the developers for off-the-plan purchases are also likely to experience bigger capital losses when they go to sell. Or take longer to see any capital growth.

Labor would need to win and be in a position to get the law passed. But don’t be surprised if Labor puts that gun back under the pillow.