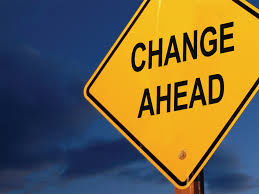 It’s official: You need to start preparing for an overhaul of superannuation changes – no matter who wins office on Saturday.

Why? Because Labor has, quietly, announced it will adopt most of the changes, even if it wins government on July 2.

Presumably, this also means they are likely to support most of the changes if introduced by a returned Malcolm Turnbull government.

But we’ll also likely see the removal of the work test that will allow contributions up to age 74 and the catch-up provisions, which will allow workers to put in up to five years’ worth of concessional contributions into super.

In announcing their Election costings in recent days, Labor adopted the package of $6 billion of changes to super to the bottom line. It said that it still opposed the retrospectivity of the change to a lifetime limit of $500,000 in non-concessional contributions, but given that it accepted the need for budget savings, it would need to “work out the best way to proceed to raise the same amount of money” as that NCC change would provide.

They haven’t ruled out adopting it later anyway.

“We will take the outcomes of the review into account when implementing any proposals which turn out to be fair and workable and when considering any alternative measures which yield similar savings,” Opposition treasurer Chris Bowen said in a joint statement with Jim Chalmers, the shadow minister for superannuation.

“It isn’t possible or desirable to understand and untangle all of these complex changes without the resources of government, in a rush, and during a federal election campaign,” they said.

Except that if they win government, there is absolutely nothing to untangle. The changes are not law. They don’t even need to be ditched.

So, where to now?

Those who didn’t favour the changes had two things they could wish for. Firstly, that Turnbull wasn’t returned. Secondly, that a Turnbull government couldn’t get the changes through both houses of parliament.

And while the bookies have a Coalition victory at $1.10, with the Labor change in heart, that’s a bit of a moot point.

You need to start preparing now. And yes, I mean, it’s not too late to do at least a few things tomorrow (30 June).

As I said in this column (18/5/16), couples are going to have to work together. Some of the most important strategies are going to revolve around evening up super balances. You will jointly pay more tax, if one of you has more than the $1.6 million cap, but the other is well below it.

For those with APRA-regulated funds, you are highly unlikely to be able to organise the first of the two following suggestions by the close of business tomorrow. But the second is possible.

For those with SMSFs, you could consider the following, as it’s theoretically possible to do by COB.

This is, obviously, reasonably easily done inside a SMSF. And the contribution doesn’t not count as CCs for the person receiving it. It is counted as a rollover.

This might most easily be done if you both your business and your SMSF bank accounts are with the same bank. But an inter-bank cheque that can be cleared immediately could also work.