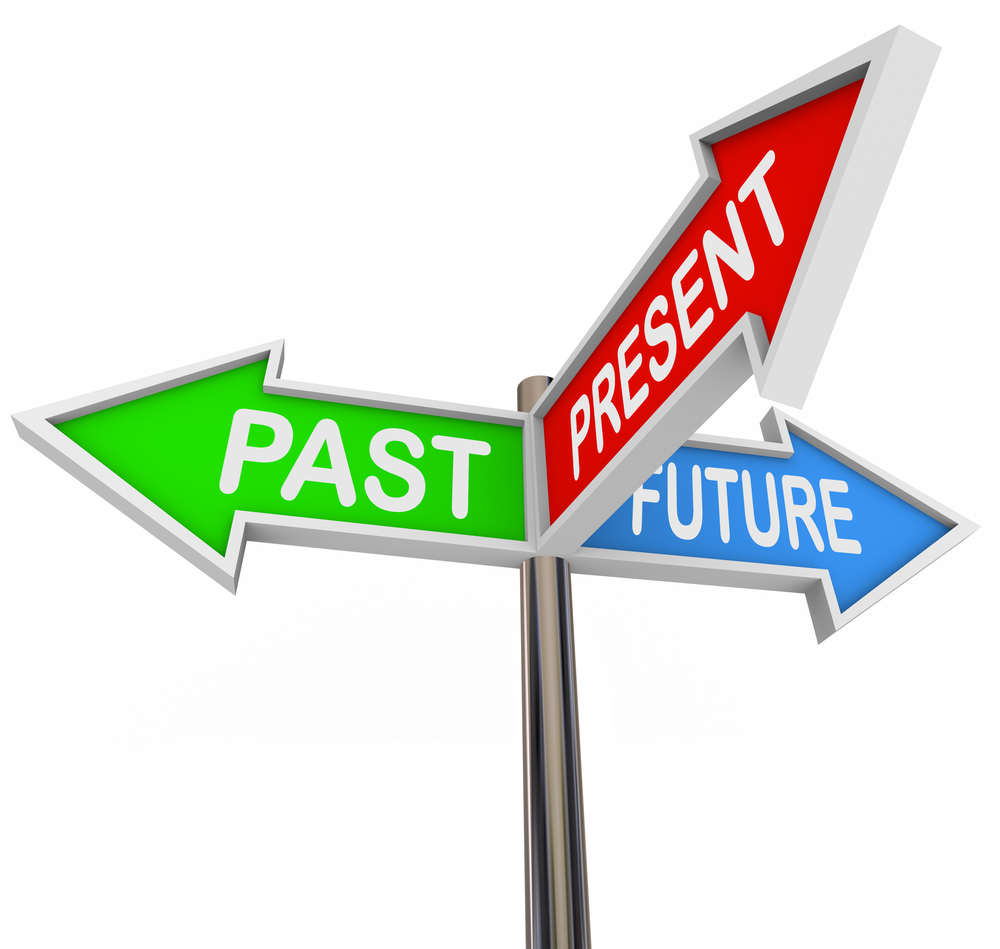 SUMMARY: The unanswered questions! Here are my responses to the questions we didn’t get to in the inaugural Adviser Q&A.

Thanks very much for the great response to the inaugural Adviser Q&A held last Thursday. It was wonderful to see so many questions come in.

We couldn’t get through everything during our first Adviser Q&A last week, so I promised to answer as many as I could in this follow up column.

I’ve grouped a few questions together in my responses below, but I think I’ve answered most (except for those specifically aimed at Mitchell). Please, if I didn’t answer your question, shoot it through again. We’ve got another Adviser Q&A coming up on Thursday, 25 August. Topic to be decided.

Q: I am 57 and thinking about transitioning, have the rules changed? Is there a limit as to how much I can put in and draw out?

TTRs are restricted to drawdowns of between 4 and 10% of the pension fund balance – that hasn’t changed. Contributions limits are changing, as discussed below.

There were multiple questions. But this one covers off on most.

A: Sadly, it would appear yes, but we’ll need to wait to see the legislation. Anything that is taken out of super, could technically be used for any purpose. If money is put back into super (even if the purpose was withdrawal and recontribution), then I would assume that it will be counted towards the non-concessional contribution (NCC) lifetime limit. There was no way of knowing these rules would be put in place, even if it feels like people are being penalised for it now.

Q: If our asset-based pension account is less than $1.6m on 1 July 2017, due to falls in the market, is it allowed to increase to its maximum due to a subsequent market upswing, or will we be stuck with a lower cap as per the asset on 1 July 2017.

A: We’ll need to wait to see the legislation here. If you start with a pension of $1.4m, but it grows to $1.8m, would you be able to add in another $200,000 to take your original pension amount up to $1.6m (but then making $2m in total)? One part of me says “yes, that would probably be allowed”, as they won’t do anything about a $1.6m fund becoming a $5m fund through growth. But we’ll have to wait to see the legislation. They might also say “if you start your pension with less than $1.6m and want to add to it later, you’ll only be able to do so if it’s not valued at more than $1.6m at the time you wish to do it”.

We’ve had no guidance yet. We’ll have to wait to see the legislation, which is due shortly.

Q: If $1.6m is the cap, I have read that you can put surplus into an accumulation fund. However, I thought people over 75 years could not put more into super?

A: People over 75 won’t be able to put more into super, but what you’re talking about here is actually money that is already in super, just moving it from pension back to accumulation. Moving money from pension to accumulation is not adding new money to the system, which is what the rule about over 75s not being able to contribute to super is designed to stop.

TTRs for those over 60

A: See my column of 1 June. As TTR pension funds will be taxed, it is likely that you will want to take the first opportunity you can to change your TTR to an account-based pension, which won’t be taxed. You can switch a TTR to an ABP by retiring from the workforce after 60, or changing jobs after 60. Again, this is something that the legislation could change and we’ll need to see what the wording is there. But, if you’re over 65, a TTR pension should automatically become an ABP, so should stop paying tax.

Do I have to keep an accumulation fund open?

Q: I may have contributed more than $500,000 non-concessional (since 2007). So am I required to keep an existing superannuation accumulation fund open? I had been planning to close it as I no longer intend to take contract work.

A: The two parts of this question are, actually, unrelated. You would probably only want to keep an accumulation (super) account open if you had more than $1.6m in your pension fund. If you don’t have more than $1.6m in the super system, and you’re able to turn on a pension, and you don’t want to work anymore, then there would be no need to hold open an accumulation account.

Q: There’s so much talk about “spouse sharing” super arrangements, which is great if you have a spouse to split contributions with. But what if you don’t? If you’re a single high-income earner, what tools do you recommend I use to make the most of the available caps – I am about 50k off the NCC limit of $500,000.

A: Unfortunately, this is a real problem with the new rules, as we currently understand them. And something that probably needs to be addressed. If you’re a single high-income earner, you’ve got no-one to share to even out the limits. If you have a breadwinner earning reasonable money, with the other staying at home and not working, then you’ll be able to even out the difference and potentially make relatively even super fund balances and maximise the benefits for the couple as a team. But if you’re single and high-earning, you’re going to hit your limit, possibly quite early in life, and not be able to add to it.

As the rules have been currently explained, couples certainly get a benefit by using super splitting rules (get good advice). This is one of those areas where I wouldn’t be surprised if the rules got changed down the fairway a little.

What do you do, personally? Play the rules as they apply to you as a single. That might mean putting in the extra $50,000 to top you up to $500k. But you will need to speak to someone about your individual situation.

Q: The government changes will allow people to make catch-up concessional contributions if they don’t contribute $25,000 in a financial year. Does this apply to everyone and how will it work in practice?

I would expect that it would apply to anyone able to make concessional contributions to super. That is, certainly for those 64 and under, but possibly also for those 74 and under.

A: No, assuming they follow the current regulations, which I assume they will, spouse splitting will be treated as rollovers, not contributions, so neither CCs nor NCCs for the receiving spouse. This is really important. But this will mean that you will need to do the rollover from super fund to super fund, keeping the money inside super the whole time. If you take the money out of one super fund and into a bank account, then transfer it back into the other spouse’s super account, it will count as a contribution, rather than a rollover.

A: No, unlikely this financial year. Not without meeting the work test. But from 1 June 2017, yes. The government’s aim is to allow people up to 74 to make contributions, while staying within the caps of $25,000 for CCs and $500,000 for a lifetime for NCCs.

If you’re only just turning 65 now, and assuming the legislation goes through, you should be able to make the contributions next financial year (subject to limits).

SMSF or back to industry fund?

Q: Given SMSF costs, the more restrictive environment and the current difficult times for shares & fixed interest currently … for a mid 60s retiree with $1m in super, might it be easier to close the SMSF and put it all into an industry fund? What are the pros and cons?

A: Um, no. If you have $1m in a SMSF, then you are generally likely to be better off in a SMSF, if you’re used to running a SMSF already. A SMSF will likely be cheaper than an industry fund. The costs of running the fund aren’t going to be higher as a result of these changes. And apart from that, the rules in regards to taxation for SMSFs versus APRA-regulated funds aren’t going to be any different.

Over 70s, asset sales and getting money into super

Q: If 70 is to be the new retirement age and I am 70 now, how can I get $1.6m into my fund. An investment property (not SMSF) sale contract was signed in January 2016, but post budget night, I now cannot put sufficient funds into my super. The maximum I can get to in the next few years is $1m because of the caps. What are my options please?

A: Not enough information, but for many in what appears to be your situation, you are likely to be one of the big winners from the changes. But not quite yet. You’ll have to wait a year.

If you are aged between 65 and 74, you will be able to put in more money into super from 1 July 2017, without meeting the work test. So, if you have not used your NCC caps, you would be able to put in some of the proceeds of the property sale into super, after 1 July next year. You might also be able to use, over the next few years, some of the CC caps. If you haven’t used your $500k NCC caps, then you (and/or your partner) could put in up to $1m in NCCs after 1 July next year.

Also, there is no new retirement age of 70. The government is lifting the age for receiving the government age pension from 65 to 67, but that was announced years ago and there is no word yet on raising it further to 70.

Super for the over 75s

Q: Is super any value to a person over 75 years?

Why not reduce drawdown amounts?

Q: Why can’t the compulsory pension draw down levels be reduced or made more compatible with the current levels of returns. It seems with the current market situation even those with the $1.6 million will soon find themselves on the pension!

A: I don’t want to sound like a Treasury spokesman here, but … pension drawdown levels were halved during the GFC because stock markets had fallen about 55% and property REITS had fallen around 75%. Any volatility since then has been a ripple, comparatively.

The government wants you to have a tax-free pension account of up to $1.6 million. But you can keep as much money as you want (millions, literally) in a super/accumulation account, where it will pay no more tax than 15%.

I think that has answered about 80-90% of the questions that weren’t answered directly last Thursday. Send in some more for the next Adviser Q&A, which will be held on 25 August.