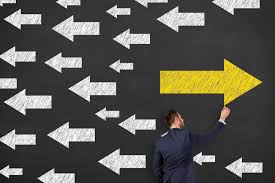 It’s probably not news to anyone that I’m a bit contrarian. I’m a straw-hats-in-winter guy. A buy-assets-during-a-rout sort of bloke.

I’m contrarian by nature, but not to the point of being stupid about it. When the sun’s shining, I wear sunscreen. I like my beer cold. And I agree that putting pineapple on a pizza should be prosecuted, globally, by Interpol, as a crime against humanity.

But my contrarian veins start pumping when interest rates get cut.

When the Reserve Bank governor Philip Lowe uses his blunt butter knife to cut, his public message is: “Countrymen! Open your purses, your wallets, for the economy’s sake! Spend thine savings! Spend!”

Yeah, about that, Phil. I’ve said it before and I’ll say it again. I’m actually a big fan of doing the opposite of whatever you ask of us punters.

(And, if you listen to me for a bit, I’m hoping you’ll think about doing the same.)

Why? Because when the RBA starts begging us to spend, they are inevitably doing so because they are pooping their collective pants over the health of the economy. They’re paid to get it to grow. And they panic when it ain’t.

And now they’ve made two consecutive cuts – the first time that’s happened since 2012.

If an official cash rate of 1.5 per cent was smacking of a little desperation, back in 2016, then what’s with a rate of 1 per cent? Sure, it’s saving borrowers a bucketload of money on the mortgage each month. And then you get to add to this a tax cut of $1080 that’s on its way to households with this year’s tax return.

And now we have to add to that the Phil lecturing the government about their duties to spend, spend, SPEND!

“We should not rely on monetary policy alone. We will achieve better outcomes for society as a whole if the various arms of public policy are all pointing in the same direction,” Phil said, pointedly jabbing his finger directly at the new government of Scott Morrison and his treasurer, Josh Frydenberg.

So, readers, if you knew you were about to lose your job, would you go out on a spending spree?

You damn right you wouldn’t! Any sensible human being – and let’s face it, not all of us are, but that’s okay – would start to rein in spending. You’d be a little more sensible about the spending.

Maybe fewer beers at the pub. Maybe pull back a bit on the ordering in, or dining out. Treats for the kids might become a little less frequent.

Or my favourite, hold on to your current wheels for an extra year. Save yourselves $10,000 or so.

You might, sensibly, choose to put some of that extra away into the offset or the redraw account.

I’d go a little further. It’s probably time to start actively building yourself a buffer. Build up some savings, put away a few extra shekels, if you don’t have a pile to lean on.

But, certainly, if the RBA is all, you know, panicky over how the economy is travelling, then, hey, I reckon we should be too.

While the RBA has cut rates by 0.5 per cent to 1 per cent, the average from the major banks has probably been about 0.43 per cent.

My suggestion? Save it all. Don’t blow it on expanding the economy. Be a little selfish. Protect your own future. If you leave your repayments at whatever they were, that should build up in your redraw account – savings you can grab later, if required.

But stuff that. You want to really protect yourself and your family? Increase your repayments on your loan by a similar amount and build up extra in your redraw twice as quickly.

If you can cut your spending by $122 a month, imagine how much more quickly you can build that protective buffer. It’s okay – you haven’t lost the money for good (with most lenders).

Occasionally, you’ve got to think about yourself, not just the good of the nation.