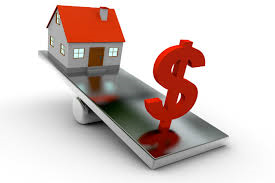 What does the perfect storm for a property crash look like? Open your eyes and look around you.

Granted, you probably can only see the same four walls you’ve been staring at for weeks, or your partner and kids, if you can still stand to be in the same room as them.

Five minutes of a nightly news bulletin gives you everything you need to know about the short-term future of property.

People have lost their jobs en masse, unemployment has doubled, leaving many unable pay their mortgages, or their rent. Businesses are shredding revenue, if not shutting down. Consumers aren’t spending, or can’t spend. Buyers are backing away. Banks have rescinded approvals.

Property valuers are automatically applying discounts to figures they would have accepted before. Tenants are handing back the keys to move back home with parents, or in with friends to reduce rental costs.

A colleague who owns in an apartment block of eight says two have moved out this week. Given two are owner-occupied (and haven’t sold), one-third of the tenants have pulled out.

A pilot client forced on leave at half pay has moved out of a $650 a week rental property to move in with a mate for $150 a week. He was wondering if he should move into his own rental property instead, where his tenants were a chef and a beautician, now both out of work.

But what if this is being repeated fairly broadly across a city or the nation? Say 10 per cent of tenants move in with parents or friends, to cut costs.

Another portion are so financially stretched they can’t pay rent. While tenants can’t be evicted over rent non-payment for six months, why would landlords do that if replacement tenants are thin on the ground?

The demand/supply dynamics of the leasing market are bloody scary if you’re a landlord. Particularly if you’ve also lost your job or seen your business collapse or revenue sliced. Rents must, eventually, fall, as competition for tenants increases.

Next, the banks. It was commendable that they offered deferred repayment for those affected and did that early.

But who are they going to lend to now? Outside of medical, teachers, public servants, cleaners and Coles/Woolies night fillers … in the short term, they will be looking at what people do and saying no based simply on their occupation.

Would a bank lend, right now, to potential homebuyers or investors working in tourism, airlines, hospitality, leisure, retail, transport or professional sports? Surely, an automatic “no”. It would be irresponsible to approve lending to those sectors right now.

Others in the process of buying are going to have to confess “I’ve lost my job”, halting approvals.

In recent weeks, consumer confidence has slumped to record lows. Only a brave few, in a community where job security has disintegrated, would want to buy a new home. Similarly for investors, with tenant demand about to dissipate.

At some point, some owners under financial pressure will become forced sellers, adding supply to a market where demand is already low.

For the property market, the above is a truly scary equation.

If there are positives in the property market right now … someone needs to point them out, because I can’t see them.

Sure, the government has launched nearly $200 billion of assistance to households, workers and business, a scale never seen before. It seems reasonably well, though not perfectly, targetted to help people continue to pay their rent and repay their mortgages.

But the scale of the damage to the personal finances of millions of Australians isn’t going to be instantly repaired the moment everybody can get back to work.

Savings, where they existed, will have been drained and will need to be rebuilt. Debts incurred will have to be repaid. Rebuilding personal balance sheets will take years for many. There are no quick fixes.

And, at some point, the government will have to consider how we’re all going to have to chip in to pay what it put on the national credit card. It will be needed to get us back to a position where we could potentially do the same again.

Property owners, hold on to your hats.