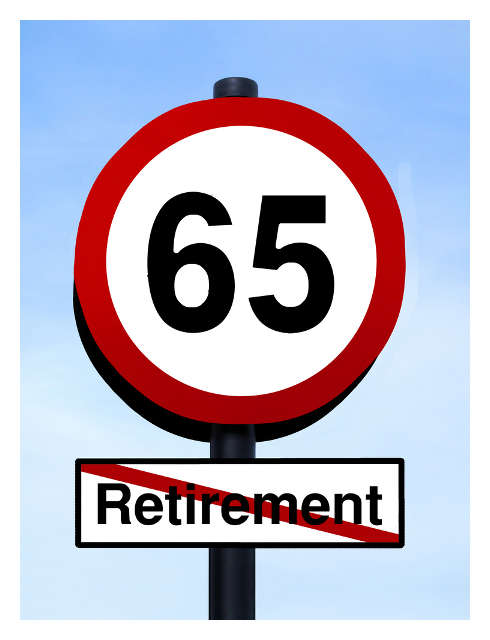 SUMMARY: Getting around the traps to super contributions pre- and post-65.

Getting money into super can be confusing, particularly for those at, or getting toward, the end of your working life.

Turning 65 is when getting access to your super is easy. But putting money into super becomes more difficult. But not impossible, under the right circumstances.

There are multiple overlapping regulations regarding age, barriers in regards to the work test and rules regarding whether or not you’re an employee or self-employed.

Today, let’s go through some of the common misconceptions regarding contributions near the end of your working life.

The NCC limit is $180,000 a year, with the ability for those 65 or under to bring forward three years of contributions at once, though there can be some tricks to this (see below).

If you’re under 65, that’s simply incorrect. Even if you retired at age 50, there are few restrictions on being able to make contributions until you’re 65.

For those who do retire early, because of significant investment income, for example, making super contributions rather than paying full marginal tax rates, is part of the strategy of easing into the eventual super pension and can add some cream to your super balance.

If you’re under 65, you can still generally make full CC and NCC contributions. When you get very close to age 65, then there are other considerations that you need to be aware of (see below), particularly in regards to timing and the three-year pull-forward rule.

I’m over 65 and “officially” retired – what contributions can my fund receive?

If you’re “retired” and over 65, then you can’t contribute … unless you meet the “work test”.

It’s okay. Many people come out of retirement for this purpose, so they can contribute more to super.

Many, particularly the self-employed who might ease themselves out of a business over many years, will want to continue to make contributions after they’ve stopped working full-time.

The work test involves working a minimum of 40 hours during a period of 30 consecutive days. Passing the work test in one 30-day period will allow you to make your CC and NCC contributions for the entire financial year.

The work test requires “gainful employment”. Generally, most legitimate employment is going to be accepted. But, if in doubt, check with your SMSF’s accountant, or your personal accountant. It can include a wide range of situations, including babysitting and working as a cleaner. Volunteer work does not count towards the work test.

It needs to pass the smell test. Make sufficient notes of your “gainful employment” in case you’re audited.

I’m over 65 and still legitimately working – what contributions can I make?

There is no longer an age limit on employer-mandated superannuation contributions. So, the Superannuation Guarantee will continue to be paid so long as you’re employed and earning in excess of $450 a month, at any age.

For those turning 75, any contribution needs to be made within 28 days after the end of the month in which you turn 75. So, if you turn 75 on February 15, then you have until March 28 for those contributions to be made.

Non-concessional contributions – do they stop at 65?

No, they don’t. But each and every year, you have to pass the work test. And there is strictly no ability to use the pull-forward provisions for NCCs after age 65.

It can be important, therefore, to time those final NCCs to super. If you are under 65 at any stage during a financial year, then you can use the pull-forward rule to make extra NCCs to super.

So, if you turn 65 on 1 January 2016, you could potentially make up to $540,000 of NCCs in FY16. Make sure that you are aware, however, of what contributions you have made in previous financial years. If you have previously tripped the three-year pull forward rule, by exceeding the $180,000 annual cap, then you will have to work within those limits from previous years. (And if that was tripped in the FY13 or FY14 year, then you will be working with a pull-forward limit of $450,000, not $540,000).