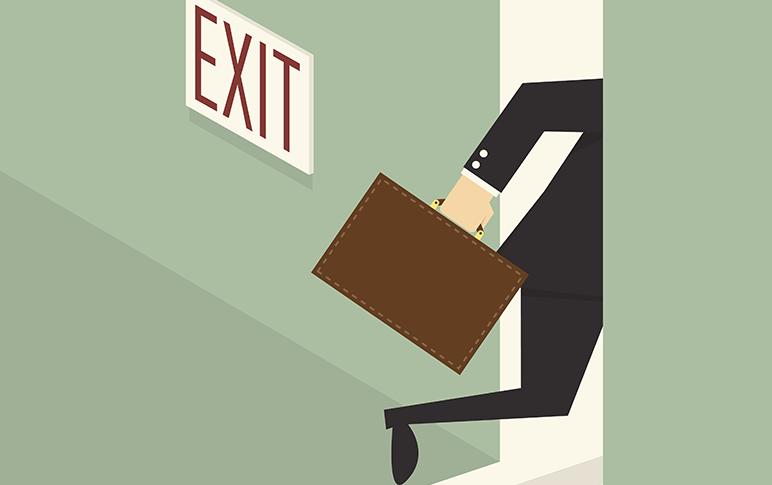 Some signs are beginning to look a bit ominous for DIY super property investors.

Another major lender left the playing field yesterday (Tuesday), reducing a significant option for trustees looking to use self-managed super fund borrowing to their advantage.

AMP said it would stop all new lending under limited recourse borrowing arrangements (LRBAs) for SMSFs from October 20, adding to the departure of Commonwealth Bank, National Australia Bank and Westpac, and their subsidiaries, in recent times.

It is the second time in three years that AMP has declared an exit from SMSF lending. The first time, in mid 2015, was announced as temporary and was a direct reaction to threats from APRA over the pace of growth in investment lending.

AMP returned to the LRBA market later that year, but with a ban on lending to new properties.

The broader bank departures increase the pressure on SMSFs, particularly when added to increased interest rates for loans to the sector over recent years and, more recently, the pressure added by the falling prices in the major property markets of Sydney and Melbourne.

As part of the changes, existing AMP clients won’t be able switch to interest-only, internally refinance or extend their loan terms.

This followed AMP’s decision, a little over a month ago, to remove interest-only loans as an option for SMSF investors.

AMP’s decision is a significant blow for SMSFs. It had probably the best remaining lending product on the market for investors, as it included an offset account.

An offset account allows investors to get an effective return of around 6.44% after-tax return on their cash holdings – arguably all SMSFs need to hold some cash and that’s a reasonable return given commercially available cash rates at the moment – if held in the savings account against the loan. Grossed up for the tax benefit, it gave an equivalent pre-tax return of around 7.58%.

This now leaves Macquarie Bank as probably the largest recognised lender still offering loans to SMSFs. Macquarie is known to have become more selective in taking on clients in recent times also.

The immediate concern for SMSFs is the reduction in competition for their business, particularly when it comes to interest rates. The next, related, concern is that SMSFs will, increasingly, struggle to refinance loans.

The most significant lenders in the market now include non-conforming lender, Liberty, Macquarie, La Trobe Financial and Yellow Brick Road. There are smaller lenders still offering credit in the space also.

Lenders leaving this specialised market have typically not given reasons for doing so. The loan book sizes are not significant enough, so they’ve not needed to make an announcement to the stock exchange. It has generally been done via low-key announcements to mortgage brokers.

Industry insiders say that the major banks have left the sector for two main reasons – increased capital adequacy requirements from APRA and the complexity of SMSF loans, combined with the relatively small size of their LRBA loan books.

Interestingly, AMP’s move comes just months after David Murray took control of the board as chairman of the financial conglomerate.

It was Murray who, in 2014, led the Financial System Inquiry which had recommended the government ban super funds being able to leverage. The government had rejected that advice, which Murray had said was a mistake.

The direction of traffic in this LRBA space has been all one way in recent times.

In June, the Australian Securities and Investments Commission released a damning report saying that more than 90% of advice offered to SMSFs was not legally compliant.

ASIC’s greatest concern was for “one-stop shops”, usually centred around property developers. The developers also own, or have relationships with, business arms that usually include financial advice, mortgage broking and accountancy practices, or combinations thereof, to help set up the SMSFs, obtain financing for the purchase and potentially to provide ongoing accounting and financial advice support.

But, ASIC said, the real purpose of the one-stop shops was to simply to assist in the sale of the developer’s property, which is where the real money is made in the transaction.

The one-stop shops have huge conflicts of interest, ASIC stated, and it threatened an increased focus on enforcement activity where they saw “unscrupulous behaviour”, plus data sharing with the ATO.

Banks are also battening down the hatches after a torrid year in front of the Royal Commission. The move out of lending to SMSFs is likely also likely to be partly about making themselves a smaller target.

For SMSFs looking to purchase properties under LRBAs in the near future, tread carefully.

If you have an existing SMSF that has been fully set up, being able to move quickly to purchase a property shouldn’t provide too many additional risks.

But anyone now looking to set up a SMSF from scratch needs to understand the process of setting up a SMSF can take some time.

There is a risk that you could move to set up a SMSF to purchase a property, but a legislative ban could come in the month or two that it takes to get the SMSF set up, have funds rolled into it and find a suitable property.

However, without the parliament moving to ban SMSF lending, it would appear likely that there will continue to be lenders willing to offer funds in this space.

But the decrease in the number of major lenders should be a concern for SMSFs purely on competitive grounds.