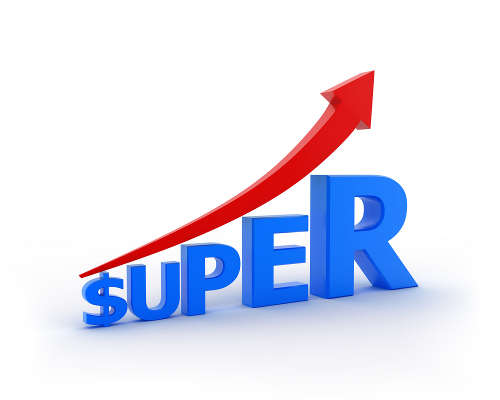 No matter your political colours, it’s fair to say most rules and laws are made for sensible reasons – at the time they’re made.

But while laws stand still, time marches on. And stagnant laws can age just as badly as fashion.

I present two examples from roughly 1990. Shoulder pads. And the law that employers DID NOT have to pay superannuation for low-income workers.

The shoulder-pad fad faded quickly, as did their chief clothes horse, Melanie Griffith. But the rules that allowed those earning less than $450 a month to be superannuation-less … only in last week’s Federal Budget.

To be fair, the rule was originally sensible. The Superannuation Guarantee then was only 3 per cent, and cheques were posted to superannuation funds. The administrative cost of sending a cheque for $6 to a super fund for a worker paid $200 for the month was simply too high.

But in today’s era of electronic transactions, it was a decade, maybe two, past its use-by date.

Many will be teenagers. You can hear their sarcasm already about this “payrise”. “Yay. Pay rise. Look forward to receiving it in 50 years when I’m eligible for a pension.”

Yep, sure, it’s a payrise you can’t access for a long time. But it’s also going to be a tax-free payrise that will earn compound returns for up to 50 years. Governments refund the 15 per cent contributions tax for those earning less than $37,000 a year.

The impact on super for lower-income earners will be considerable over time.

But it could also be wasted.

Many beneficiaries might have several different employers over a number of years. And those employers might contribute to different funds, if a fund isn’t nominated under “super choice”.

If each of those funds – which are likely to have small balances – are paying fixed annual fees, much of the benefit could be eaten up quickly.

You’ll need to put some thought into consolidation of those super funds.

But, hear me loud and clear, not before you’ve considered your insurance needs. Most super funds come with some inbuilt insurance. Evaluate whether you need that insurance before you consolidate your super, or you’ll lose the insurance permanently.

This is particularly important if you have existing health issues.

For example, a couple came to me years ago, wanting insurance to protect their family. He was fine, but she had recently recovered from breast cancer.

She wasn’t going to get any new insurance. Luckily, she had three industry funds, all with a few hundred thousand dollars’ worth of life and total and permanent disability insurance, which added up to roughly what she needed.

Our advice was to hold on to all funds. Do not consolidate. The extra fees she was going to have to pay for having three funds instead of one was worth it to protect herself and her family.

Always consider your insurance needs before consolidating. You might decide you don’t need it, particularly if you’re under 25, not married, have no kids and no mortgage. But most people, by their late 20s, have insurance needs.

There were other positive super changes in the Budget.

The reduction in age from 65 to 60 to qualify for the downsizer contribution, for those selling the family home after more than 10 years, is sensible.

The total tax benefit will have been about $9000-$10,000. Double that potentially for couples. It’s a potentially nice bonus. But most, who buy within two years of starting to seriously save for a home, will get a fraction of that benefit.