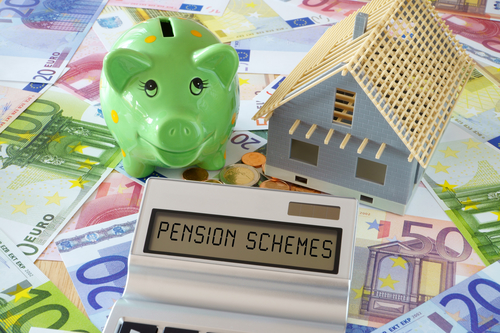 SUMMARY: Property strategies will need to adapt with new limits in super and pension funds. Here’s how.

Last week’s backdown on the $500,000 non-concessional limit will have appeased some. But will have upset others.

What now seems certain is that the $1.6 million transfer to pension (TTP) cap is here to stay. And that is going to change the ball game for SMSF property investors.

SMSFs who invest in property tend, on average, to be larger. And those who are prepared to gear into property in super tend to be accepting of higher risk to achieve higher balances.

Big super funds can come about in a number of ways, including large contributions, stellar investment returns or being rewarded for taking considerable risks. Property investments often form a considerable part of the asset base of large super funds.

Direct property is a big, individual, asset. The asset value, or purchase price, is usually north of $400,000, but can be anything above that.

Many SMSFs own business real property (commercial property), from where a member’s business operates out of, which have been transferred into SMSFs. Some of which could be worth millions of dollars.

What’s going to happen? How will property investors likely be hit by the upcoming changes?

While the Government talks about its negative changes hitting between 1% and 4% of the population, what about the aspirational super investors? Those who had taken on considerable debt in their SMSF to purchase geared property.

We still don’t yet have draft legislation for the contentious proposals, but we have a better idea of what they’re going to be, following last week’s backdown. (To read about those changes, click here.)

Draft legislation covering the non-contentious elements of the changes have been released. But we are still waiting for details on the $1.6m TTP cap and the $25,000 concessional contributions limits for weeks, possibly months.

And the new $100,000 non-concessional contributions annual limit isn’t going to be identical to the old $180,000 limit, as you won’t be able to contribute NCCs once your super savings have hit $1.6 million.

But property owners need to start considering their options, particularly given that property can’t be sold in hours like shares can. I’m not advocating that you sell your property, but for some people in some situations, it might make sense to do it and do it this financial year.

Here are a few scenarios that SMSF property owners should be considering now.

The act of building a geared property portfolio in super won’t change.

Prior to reaching an age when you can turn on a pension (the preservation age is moving from 55 to 60, but everyone can access their super from 65), there is no difference.

Income into the fund will be taxed as normal (at 15%). A capital gain will incur effective tax of 10%. Negative gearing can still be a pretty powerful strategy inside an accumulation fund.

What changes is the end game. One of the main attractions of building a huge asset base in super has been the completely (unlimited) tax-free pension phase.

But from 1 July next year, pensions will be limited to $1.6 million. Anything above that will have to be transferred back into super/accumulation. So, buying $2 million of property over a decade, holding it for a few decades until it is worth $5 million, then selling it tax free, won’t be possible. Most of the asset won’t make it into the pension fund and will be taxed at accumulation rates.

Here are a few more specific issues likely to be faced by property-loving SMSF types.

A favourite strategy of SMSFs owned by small business owners has always been for the SMSF to own the commercial property out of which the family business operates.

These arrangements have often come about by transferring the asset, which was owned outside super, in to the super fund, using non-concessional contributions. This will be harder now, given that the $180,000 limit is to be replaced with a $100,000 annual limit, but still with the three-year pull forward rule (allowing an individual to contribute $300,000 in one go and a couple $600,000).

Many properties were often part contributed via NCCs to the fund, but then part-loaned into the fund. Those loans were then “forgiven”, via further NCCs, over a number of years, to reduce the loan balance.

Selling up property prior to transfer back to super

If you have a property that is likely to have to be transferred back to super, does it have considerable capital gains?

If the property is an asset that you are likely to retain, fully, in the pension fund, while you transfer other assets (in excess of the $1.6m TTP cap) back to accumulation, then it will retain its tax-free status.

However, if it’s likely that a property, with a significant capital gain, will have to be transferred from pension back to super, you should run the numbers as to whether you should sell the property and transfer cash back instead, to the accumulation account. (Potentially then buying a new investment property.)

Why? If you transfer the property back to super, it will retain it’s original cost base. Let’s assume you bought the property initially in super for $300,000 about 15-20 years ago and it’s now worth $1 million and is in your pension fund.

If you sell the property in the pension fund before 30 June 2017, then there is not likely to be any CGT to pay. This is a very different proposition for property and shares in a SMSF. Shares can be sold in an instant. Property cannot. If this is a strategy that might make sense for you, it is something that needs to be considered soon.

You may then wish to transfer the cash back to accumulation and purchase another investment property. The real cost of this strategy would be the stamp duty on the new property, plus the sales costs on selling the first property.

Partial transfers of property back to super

Another situation many will face will be the following. They have a $2 million pension fund, but there is a $800,000 property as an individual asset.

What do they do if they have to transfer some of it back to accumulation?

The SMSF will need to have a look at all of the assets in the super fund, consider their current risk profile, and spend some time doing calculations on the assets to determine what income and what growth is likely from each asset.

But let’s say that it is decided that the trustees want to keep the other assets in super and would prefer the property to go back to super. That would leave only $1.2 million of other assets in the super fund.

While we haven’t seen the draft legislation, what will probably occur is the property could proportionally be put in both super and pension. In this example, half of the value of the property ($400k) would stay with the other $1.2m of assets in the pension fund, while the other half of the property would be put back out into accumulation.

If down the track, the property had doubled in price to $1.6m and was sold, then half of the proceeds would be tax free in the pension fund and the other half would be in the accumulation fund and would be taxed.

Those aiming to build a monstrous super fund might well have been considering geared property as part of that strategy.

Gearing can work very well, particularly for those who have time and understand the risks. But given the government’s intention is effectively to say “$1.6 million in super is enough”, is it worth looking to use gearing to build big super?

If you’re successful and manage to build a large super fund balance, then the worst that could happen is that the income from positive gearing is taxed at 15% and any capital gain is taxed at 10%. That’s still usually going to be better than holding the same investment outside of super.

There’s also the benefit of being able to help a lower-earning spouse build his or her balance via geared property, if it’s appropriate for the both of you.

Any negative gearing in the early years of the property can still help soak up income and contribution taxes in the SMSF. That is, if a property is negatively geared to the tune of $20,000 a year and you make contributions of $25,000 a year, then you will only pay contributions tax (15%) on the net difference of $5000 (plus tax on whatever else the fund has earned)

But some accumulators might pause to consider where they hold their property assets – how much inside super versus outside super.