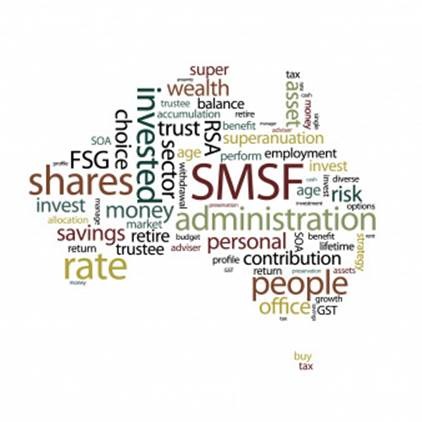 SUMMARY: Is $1 million the new “viability threshold” for a SMSF?

I’m going to start with what I hope is an unarguable fact: Many SMSFs should never have been set up in the first place.

I don’t know for certain what the actual percentage would be. I would estimate, what I think would be conservatively, at least 10 per cent of existing funds.

That means approximately 60,000 existing SMSFs should never have been opened. (But it’s probably double that figure.)

They were set up for the wrong reasons. Some on poor advice from sub-standard professionals (accountants, financial advisers, lawyers). Some by overly optimistic clients.

Some as part of a very slick sales system designed to fleece clients by property developers. Who are often surprisingly successful.

How do we stop the wrong people from setting up SMSFs? It has long been suggested that authorities should step in to set minimum account balances. Historically, that has been argued as a minimum of $200,000.

The most recent suggestion comes from the findings of the Productivity Commission. The PC’s figures, essentially collated from other sources, suggested perhaps $1 million should be the new “viability threshold” for starting a SMSF.

The PC argued that, at these sums, SMSFs started to, on average, match or even outperform other super funds. This was, to a reasonable extent, based on the ongoing running costs associated with SMSFs. The smaller the fund, the higher the running costs as a percentage of overall funds being managed.

By the time the average fund hit $1 million, performance was roughly comparable to other funds. Beyond $1 million, they outperformed (on average).

Given that most Australians with less than $1m in a super fund – remember that is a combined total of all members in the fund – won’t outperform what they could get in an APRA fund, should minimum limits be set?

The support cast for the SMSF industry has long said that if a minimum were to be set, it should probably be $200,000. Their reasoning is that this is the minimum point at which a SMSF can be justified on a cost basis – and only then if the SMSF is not paying for any other professionals for services other than accounting and audit. At this level, the trustees/members should be doing all of their own investment research, advice and implementation.

The next obvious point is at around the $250,000 mark – for those who want to invest in property, via a limited recourse borrowing arrangement (LRBA).

Many LRBA lenders now have a minimum account balance of approximately this for those who want to invest in a property valued at, say, $500,000. Some have an absolute minimum of a certain dollar figure. Other lenders have a minimum for assets that are left over – that is, funds left over that are not needed for use in the property purchase – to allow for negative gearing, even at an 80% loan-to-valuation ratio.

Other lenders have gone further (very sensibly in my opinion), declaring they simply will not lend against new property. This is lenders saying they do not want to be involved in property being purchased by SMSFs being set up with the aid of property developers, or aligned businesses. (Property developers are, in my opinion, the single greatest threat to new would-be SMSF investors.)

For those interested in setting up SMSFs to invest in property, the important aspect here is that those who want to do so are taking a calculated risk on the gearing aspect providing excess returns. If a property investor knows what they are doing (and has knowledge sufficient to gain market timing advantage), the performance of a property can significantly outweigh the cost of the borrowed funds.

Personally, I don’t recommend that individuals set up a SMSF to purchase an LRBA property unless they have either (a) owned property outside of a SMSF, or (b) run a business. The first is because owners of investment property outside of a SMSF understand the potentially lumpy nature of property expenses and the second is because a SMSF is like running a mini-business. You need to be able to hire and fire people.

Others argue for a minumum limit of $500,000. If investment management is not your thing and you’re going to have to pay professionals to give your SMSF ongoing advice, then some suggest $500,000 is probably the minimum that you need. There are other fees on top of this, such as accounting and audit (and potentially platform fees).

Setting a $1 million minimum for opening up a SMSF? It won’t happen. Not at today’s prices/values anyway.

But it does appear that the growth of SMSFs, for whatever reason, is slowing. The growth in SMSFs has dropped from 9.3% a year in 2010 to just 4.8% in 2017, according to asset manager Vanguard.

I wrote in 2011 about “peak SMSF theory”. That was a hypothesis that SMSF growth had to peak eventually, like “peak oil” and numbers would then start to decline. Or at least drop back to population, or inflation, growth rates.

Obviously, it had to happen eventually. We can only hope that it has now started to happen for the right reasons.