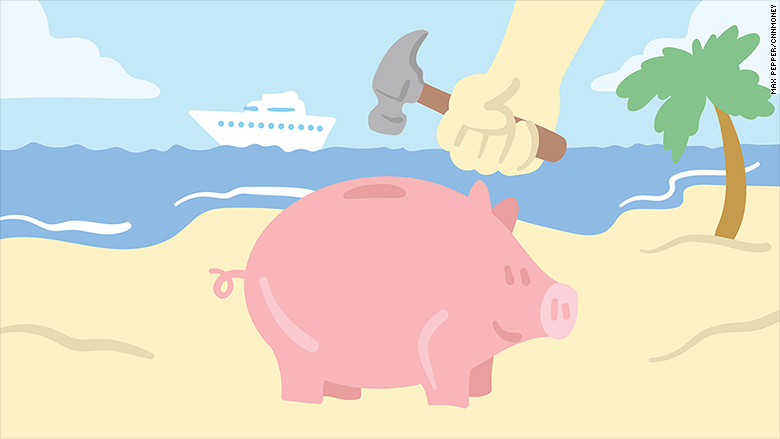 SUMMARY: Spending needs in retirement might not be as high as first thought. But that doesn’t mean YOU shouldn’t aim high.

I hope my parents manage to blow their last $100 on their death beds a few minutes before the last of them falls off the perch. At a very old age.

They worked hard. They saved hard. They raised a couple of reasonably level-headed kids. They took calculated investment risks.

Their retirement is now The Good Life. My farm-girl Mum and my city-boy Dad are doing a good job of playing the self-sufficiency  hippy-lifestyle game, just outside of town.

My main concerns for them? It’s not really money. They have enough water storage to last them through a nuclear winter and produce enough electricity to power surrounding towns. So long as they can walk and bend over to pick vegies and kill the odd old chook that has stopped being productive, their costs are going to be contained.

It’s the costs that most retirees are worried about when they hit that point of ceasing work.

“Do I have enough money to live on in retirement?” is equally questioned over “How do I manage my costs to make sure my money does last me?”

It turns out that for many, the second question takes preference over the first.

A recent survey by Milliman has shown just that. It found that expenses are increasingly tightened as we age, but faster than had previously been considered.

The most surprising finding was that round 75% of Australians aged 85 or more are spending less than the government age pension would, or does, give them.

Milliman’s retirement expectations survey covered the actual spending of 300,000 individuals. (And they say they are going to follow these same people in future years to find out how their spending travelled.)

While spending decreases across the board as people age, the cut-backs increase once retirees hit 80 years of age. Across every quartile, expenses are tightened, in an accelerating fashion.

The survey results have important ramifications for retirement planning and, particularly, modelling for those approaching retirement. They simply aren’t likely to need as much in their later years as they are now told they will.

The most commonly held “norm” is that people need 70% of their pre-retirement income to live off in retirement, though some claim it is as low as 50%.

The truth appears to be that many people hold on to money for their future years, when the facts suggest that they will never actually need it.

If the age pension is enough to cover the actual spending needs of 75% of the over-85 population, and the age pension is actually a guaranteed minimum in retirement, then most people are going to get through life with their expenses covered, Milliman’s figures suggest.

As even wealthier retirees spend down their super and non-super savings, the age pension will increase to cover the shortfall, for more than three-quarters of the population.

But what does this mean for wealthier people?

The stats showed that even for the top income quartile, spending still dropped considerably from the age of retirement through to age 85. In fact, in percentage terms, the curbing of spending saw a much bigger fall.

Given it appears to be the biggest exercise of its type yet done, and the most thorough, it probably challenges a lot of the figures that have been put out by Australia’s largest super and retirement organisations in regards to the income needs of retirees.

But, more importantly, it potentially means that you will need less in retirement than you currently think you will need.

It probably means that you’ll leave more for the next generation. And that you won’t do as good a job on “Spending the Kids Inheritance” as you have always threatened to them that you would.

If you had aimed high with your superannuation and non-superannuation investments and it looks like you’re going to get there, you can probably spend a little more in the earlier years.

It makes sense that people don’t travel as much as they age. And perhaps it makes similar sense that you spend less on food as you age (presumably your taste buds are deteriorating and cauliflower tastes like beans tastes like chicken).

I hope they’re not suggesting that I’ll be drinking more water and less wine.

It probably has important learnings for industries such as reverse mortgages, as people also said they wanted to stay in their homes for longer.

It certainly does not mean that you should aim lower. I have always been about making the most of the superannuation laws and intricacies so that you can aim wherever you want and don’t have to lower your expectations.

It’s your right to grow old disgracefully, to have an obscenely ostentatious retirement.

Continue to aim at that north star.